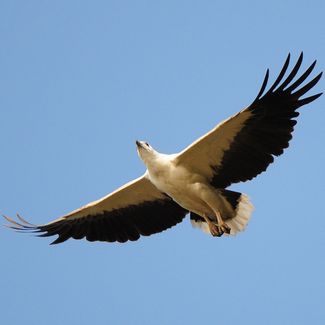 As anyone who has ever had the misfortune of receiving a “gift from the heavens” knows, birds have no problem defecating whenever or wherever they please.

Birds, like any other animal, need to get rid of their wastes through urination and/or secretion of solid waste. Now the question we’re trying to answer here is whether birds urinate and secrete waste or only “perform” the latter.

So do birds pee? This may come as a surprise to you, as it has to many, but the white color waste you see birds dropping on your shoulder is not only solid waste but actually is a mixture of their solid waste as well as their urine. Birds’ urine is semi-solid in nature, much unlike the liquid form our urine takes. The reason behind this is that birds, in the process of breaking down proteins, form uric acid to get rid of their nitrogenous wastes.

Mammals on the other hand excrete their nitrogenous wastes through urea which is soluble in water. As uric acid is not soluble in water the waste takes the form of crystals which is finally excreted as a semi-solid white paste. Birds, therefore, don’t require a bladder to store their liquid waste, which is why they don’t have one. They instead pass their urine, like they pass their solid waste and reproductive products, through the ureter into the cloaca and out.

Scientists say that aquatic vertebrates excrete their nitrogenous wastes in the form of ammonia which is very poisonous and that the evolution of these aquatic vertebrae into birds is the reason for the form of nitrogenous waste being disposed off changing from ammonia to uric acid so that it doesn’t interfere with the development of eggs in the birds. The shells of these eggs need to retain the waste products until they hatch and having a toxic compound would just kill the bird in the egg.

Mammals on the other hand evolved in such a manner so as to dispose off their nitrogenous waste in the form of a water-soluble compound so that it can be diffused into the blood stream of the mother and then excreted.

This may be a time for you ponder over your life and think about how lucky we humans would have been if we didn’t have to go to the bathroom two different times to poop and pee. But hey, at least we can control our visits to the bathroom (joke reference below)!

Birds don’t have a sphincter muscle like humans do, which is the muscle used to control bowel movement, so they actually can’t control their bowel movements.

Can Cats Eat Dog Food?
Previous Post: « How to Get Rid of Fleas on Cats with Topical and Natural Treatments
Next Post: How Many Plays Did Shakespeare Write? »