If you’ve ever suffered from the effects of insomnia, then you truly understand the importance of a good night’s sleep. Sleeping is crucial for restoring the energy lost throughout the day by allowing the body to make necessary repairs, clear away cellular waste in the brain, and strengthen neural connections for higher levels of functioning.

In vertebrates, sleep consists of a complex process of physiological changes that involve a distinct set of brain functions, as well as the release of specialized hormones throughout the body, including melatonin. For many animals and humans, sleep provides the restorative functions that are needed for growing muscle, repairing damaged tissues, synthesizing proteins, and releasing growth hormone. Scientists suggest that sleep also clears the adenosine out of the system, so that animals can wake up feeling more alert when they wake up. Evidence has discovered birds, fish, reptiles, and other members of the animal kingdom sleep, but do insects sleep? 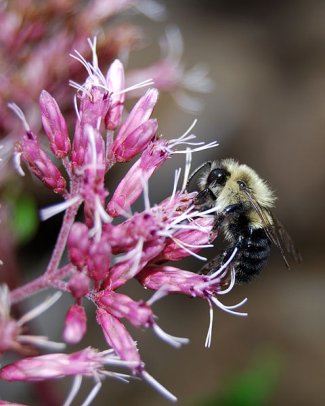 While it may seem that insects are always up to something by crawling, buzzing, flying, and fluttering all over the place, the truth is that all insects are living things that still need to rest to regain their strength – just like you and me. Even bees cannot be busy bees for 24 hours a day. That being said, you will certainly not find an insect that falls asleep for eight hours each night with their head on a pillow, tucked away under a cozy blanket. After all, insects do not even possess eyelids.

Instead of falling asleep in the way we commonly understand it, insects engage in a restful state that is known as “torpor.” During torpor, the insect will become immobile and not respond as quickly to stimuli, but will still be able to rouse awake in a matter of seconds if confronted with a powerful stimuli – like a sudden attack from a dangerous predator. Since scientists estimate that there are between 10 and 50 million species of insects, the way torpor occurs is bound to vary significantly from insect to insect.

For instance, the male species of bees in the Apidae family (which includes common honey bees and bumblebees), are well-known for their highly distinctive form of torpor. In the evening, the bees will firmly clamp their jaws onto a plant, fold up into a ball, and dangle in the air for the remainder of the night until the morning sunrise. Interestingly enough, the bees mark their territory with a special chemical that helps them find their way back to their “flower bed” each night and warns other bees to stay away from their territory. These bees exhibit behaviors that are considered to be the closest to the conventional human definition of sleep, but other species engage in similar torpor habits too. The New Zealand weta is a large member of the cricket family that is known for fleeing to high altitudes, freezing solid at night, and thawing with the morning sun each day.

Although certainly not as dramatic as these rare examples, most insects do choose a safe time to curl up in their chosen area, slow down their metabolism, and lie still. Beautiful migrating butterflies have the habit of flying during daylight and congregating in large groups as the sun goes down to sleep overnight. Clever tree moths camouflage themselves among the bark of trees at night with their mottle appearance and citex glaucata moths change their exterior appearance to blend in with bird droppings. Similarly, pill bugs will roll up into balls and fall instantly into a torpor state as if acting dead. Caterpillars also find rest along the undersides of leaves high up in the trees during the day, but have the tendency to eat their bedding when they are roused.

According to bankrate.com, American rapper Bow Wow net worth is still in the millions even though the rapper hasn't been...