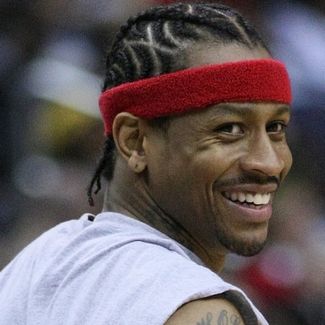 Allen Iverson is a recently retired NBA star that excelled in the early 2000’s as one of the best pure scorers in the league. Unfortunately, the former star has fallen on hard times since then and declared bankruptcy in late 2012.

Before this hardship, Iverson was an electrifying player known for his tenacious scoring ability, and his fearless way of sacrificing his body in search of victory. His talent was immediately felt in the league as he won Rookie of the Year in 1997 after being selected first by the Philadelphia 76ers. He then led the league in scoring four times over over a six-year period and solidified himself as the most dangerous point guard in the game. By the end of his career, and even with some low output and injuries in his later years, he finished with the sixth highest scoring average in NBA History (26.7).

Aside from his scoring exploits, Iverson also led the 76ers to the NBA Finals in 2001, played on the Olympic team in 2004, earned an NBA MVP award, won two All-Star MVP awards, and was an All-Star a whopping 11 times. Then in 2013, Iverson finally announced his retirement after some overseas stints, receiving much adulation from current stars like Lebron James, who called him ‘pound-for-pound, probably the greatest player who ever played’.

Allen Iverson Net Worth
Sadly, even with a whopping 155 million earned through his 15-year career, along with an estimated 40 million in endorsements, Iverson declared bankruptcy in late 2012. This financial state came to light when a Georgia jeweler revealed a $900,000 bill that Iverson apparently ‘couldn’t pay’. Within weeks, his bank accounts were seized and his financial imbalance came front and center to the world.

So how did this all come to be? Reports suggest that Iverson was an incredibly generous person to his friends and family (particularly his beloved mother, Ann); reportedly having an entourage of over 50 people that he would bring to games and nightly festivities. He also brought on personal stylists, trainers, and all sorts of little ‘taskers’ that he paid well above their normal wages. It’s apparent that while he had a loving mother and supportive family, he and his inner circle lacked foresight, and saw no end in the wealth. It is a classic tale of athletic splurging, and one with vague a silver lining as Iverson apparently has a Reebok trust fund worth over $30 million (one that his one clairvoyant friend convinced him pursue). Unfortunately, he cannot touch the funds until 2030 so there will be some rocky times ahead for the future Hall of Famer.