Are you curious about how much money American athletes make? Today, we’re going to take a look at former football and baseball star, Deion Sanders and see how big Deion Sanders net worth is.

Deion Sanders is believed to have a net worth of $45 million. Let’s break down this information and see where Sanders got his money from. It appears that Deion Sanders earned $47 million during the time he was a football player. After he quit football, he turned to baseball, where he made around $13.2 million from contracts, but also from commercial endorsements. At this moment, Deion Sanders works as a broadcaster for the NFL Network where he’s also making a pretty penny. During 2013 and 2014, Sanders made around $2 million from NFL Network. After all that is taken into account, we’ve crunched the numbers and it appears that the Deion Sanders net worth is $40 million. Not bad at all!

Deion Sanders is so much more than just an athlete and earned his money from more than just sports. Sanders had a TV reality show series and was even a rapper. Read on to find out more about Deion Sanders’ various business and entertainment ventures. 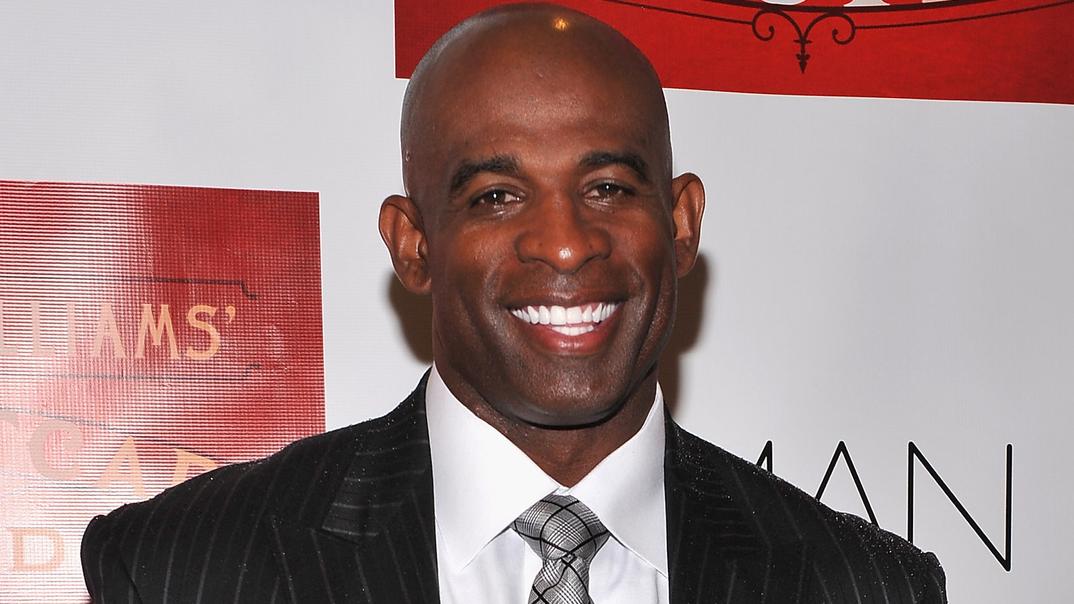 Deion Sanders worked as a pre-game commentator after he retired from the NFL for The NFL Today (CBS). In 2004, he decided to leave and the reason behind that was salary disagreement. When CBS offered the former athlete a 30% salary increase, he turned it down and instead demanded to be given a whopping $2.5 million, which was the highest of any NFL TV analyst had ever been offered. CBS refused to comply and Sanders left the show.

Deion Sanders and his then-wife Pilar Biggers-Sanders starred in a reality show about their lives, called Deion & Pilar: Prime Time Love. The show was centered on the couple, their five children and their life in the small city of Prosper, Texas.

Deion Sanders and the NFL Network

In 2014, Deion Sanders and CBS put aside their differences and joined forces again. The former athlete rejoined CBS Sports and is now a studio analyst for the Thursday games. He also works for NFL Network on Sundays.

Deion Sanders loves rap music so much, that at one point in the early ‘90s he thought he should take a stab at becoming a rapper. He released his first album, Prime Time in 1994 via Hammer’s label, Bust It Records. There was just one single released, Must Be the Money, but it didn’t make it to any charts. Even though the album received negative reviews, it did manage to reach the number 70 position in the Top R&B/Hip-Hop Albums and the 14 position in the Top Heatseekers.

After Hurricane Katrina, Sanders challenges professional athletes all over the United States to donate $1,000 each to relief efforts. He said:

Through unity, we can touch thousands… I have friends and relatives that feel this pain. Help in any way that you can.

Deion Sanders was born Deion Luwynn Sanders, on August 9, 1969 in Fort Myers, FL. Sanders has been married twice and has five children: Deion Jr. and Deiondra with his first wide, Carolyn Chambers and Shilo, Shedeur and Shelomi with his second wife, Pilar Biggers-Sanders.

Deion Sanders started his sports career as a high schooler, and continued to play football and baseball for the Florida State University. After graduating from the University in 1989, Sanders began his 17-year career in the National Football League.

1989 was a busy year for the young Sanders, as he also played Major League Baseball for the New York Yankees and became the first person in the world to score an NFL touchdown and hit a major league home run in the same week.

Deion Sanders played for five other NFL teams and four other MLB teams. From 1991 and 1993, Sanders played both football and baseball for Atlanta’s Falcons’ and Braves.

In 2011 Deion Sanders was inducted into the Pro Football Hall of Fame and in 2012, he founded the Prime Prep Academy charter school and has even coached at the school.

The athlete’s 19 defensives and return touchdowns were at one point an NFL record later taken over by Devin Hester.

As a true businessman, Deion Sanders knows how to take advantage of his image. Most notably, he extended his domain into pop culture and media. Besides remaining a full-time athlete, he also had some media appearances in various TV commercials. As an NFL analyst, he also received a pretty amount of money.

How Much is Lamar Odom Worth?
Previous Post: « What is Drake Net Worth? How Much is the Singer Really Worth?
Next Post: Which is the Best TV and Movie Streaming Service in the UK? »