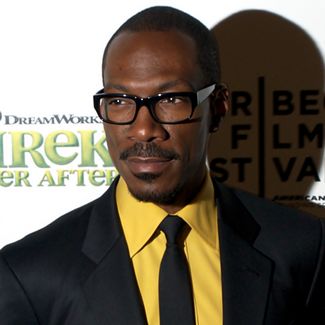 Eddie Murphy has wooed the world with his stellar performances in some of the most successful movies of the 80s and 90s, and he continues to be a strong force in today’s cinema. His current net worth is $75 million.

Eddie Murphy was born and raised in Brooklyn, New York. He is the son of Lillian Murphy and he tragically lost his father at a young age. Eddie grew up with an uncanny sense of humor that shined throughout his school years. He performed an assortment of celebrity impersonations and stand-up comedy acts that got him noticed by Robert Wachs and Richard Tienken in the early 70s. In 1975, he got his huge break into television when he was offered a contract to appear on “Saturday Night Live.” He played various colorful and entertaining characters such as a disgruntled Gumby and Mr. Robinson. His career exploded by the end of his first season on SNL, where he earned approximately $4,500 per episode.

Eddie Murphy Earnings
In 1982, Murphy portrayed Reggie Hammond in “48 Hours” with Nick Nolte. In 1984, Murphy earned a modest $1 million for his portrayal of Lieutenant T.M. Landry in “Best Defense.” Three years later, he earned $14 million in the box office hit “Beverly Hills Cop” opposite Judge Reinhold. “Beverly Hills Cop” Grossed over $235 million and was so successful that two sequels followed, earning Murphy an additional $23 million. In between Beverly Hills Cop II and III, Eddie Murphy earned another $8 million and more respect for playing the hilarious African Prince in “Coming to America.”

Murphy has continued to bless the screen with amazing performances throughout the years in movies such as “The Nutty Professor,” “Dr. Doolittle,” “Shrek,” “The Adventures of Pluto Nash” and “Tower Heist.” To date, Eddie Murphy is the second highest grossing performer in the history of film.

Eddie Murphy has won a multitude of awards for his performances. In 1988, he won a Kids Choice Award for favorite movie actor in “Beverly Hills Cop II.” In 1997, he won a Saturn Award for best actor in “The Nutty Professor.” In 2001, he won an Annie Award for his voice acting in “Shrek.” In 2007, he won three separate best supporting actor awards. In 2008 and 2011, he won two more awards for his performances in “Shrek.” The nominations he received throughout the years are plentiful.

Eddie Murphy is currently focusing on his music career, and he is semi-retired from acting. His current income streams include the release of his single “Red Light” along with his upcoming album entitled “9.” He continues to earn royalties for previous reruns and movie sales.

How Much is Eddie Murphy Worth?
As of today, Eddie Murphy net worth is listed as $75 million. Perhaps one of the largest purchases he has ever made was his $30 million mansion that he recently sold to Alecia Keys for $12 million. Murphy is still doing financially well, and he continues to amaze with his artistic creations.

How Much Is Kandi Burruss Worth?
Previous Post: « How Long Does It Take To Become A Nurse Anesthetist?
Next Post: Lil Bow Wow Net Worth 2018 »