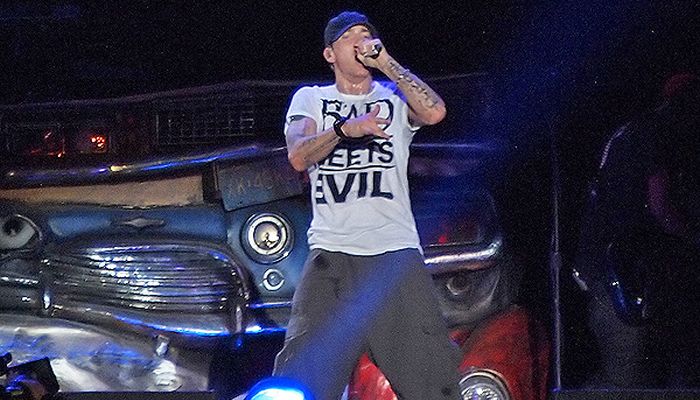 How much is Eminem worth? Known as Eminem, Marshall Mathers, is a rapper, music producer and occasional actor who reportedly has a net worth of over 140 million dollars. He has been on the Forbes Celebrity 100 list three times; in 2001, 2003 and 2011.

Mathers was the only child of a single mom who moved him around Missouri before settling in Warren, Michigan when he was a teenager. He was influenced by the Beastie Boys to experiment with his own rap music. All through his high school years, he participated in rap battles and performed around the local rap scene. At seventeen, he dropped out of high school to join a record label.

Eminem’s second album drew the attention of the man who would become his mentor; Dr. Dre. In 1997, The Slim Shady LP was released to wide commercial and award-winning success. Eminem earned a Grammy for best rap almost that year.

In 2000, he released The Marshall Mathers LP, which went on to become the quickest selling hip-hop album ever. 2002’s release of The Eminem Show was a huge success as well. In 2002, he starred in 8 Mile, which was built loosely on his teenage years, and quest for a rap career in the inner city of Detroit.

In the course of his rap career, Eminem has had twelve single hit number one in the world, an Academy Award, eight number one rap albums and numerous other awards including Artist of the Decade award in 2009.

Personally, Eminem spent the late 90s battling in courtrooms instead of onstage with other rappers. He sought legal custody of his daughter after a divorce from his wife, Kim. His mother sued him for defamation of character due to the lyrics in one of his songs.

At 41 years old, Eminem is more focused than ever on his music and his family. He has joint custody of his daughter Hailie as well as custody of his ex-wife’s daughter from another relationship and his niece.

How Much Is Nelly Worth?
Previous Post: « How Much is Mac Miller Worth?
Next Post: Why Do Alarm Clocks Give You 9 Minutes of Snooze Instead of 10? »