Oprah Winfrey needs no introductions, whether you like her shows and appearances or not, it’s impossible not to be familiar with this television celebrity and media mogul. How much is she worth, have you ever wondered? The Oprah Winfrey net worth is reportedly at a level of 2.9 billion dollars, with an annual salary of over $300 million. This spectacular amount makes her not only one of the richest people in the world, but she has officially been declared one of the most influential people on the planet. Technically, she is the richest African-American of the 20th century, and the greatest black philanthropist in the entire American history. What makes her story pretty impressive – even if you’re not a fan of the shows she hosts or the overall media content she’s associated with – is the fact that she rose into this incredible position of today from a background of poverty, prejudice and childhood abuse. 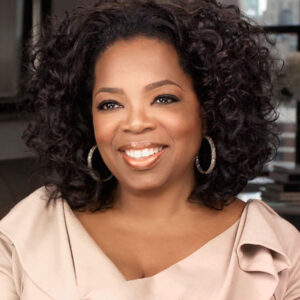 Oprah Winfrey was born on the 29th of January 1954 in Kosciusko, Mississippi, to an unmarried teenage mother, Vernita Lee, after a single sexual encounter with a coal miner named Vernon Winfrey who had been in the Armed Forces by the time Oprah was born. (Years later, another man claimed to be Oprah’s biological father, but the issue was never settled). Oprah got her first name after the biblical character of “Orpah” from the “Book of Ruth”, and this is the official version registered on her birth certificate, but people mispronounced it into “Oprah” and eventually the name stuck in this altered form. Oprah Winfrey’s first 6 years were spent in rural poverty with her maternal grandmother, who taught her to read before the age of three and took her along to church, where she would impress the audience. However, the same grandmother would hit her with a stick whenever Oprah failed to complete her chores and so on.

At age six, Oprah Winfrey moved back in with her mother, who proved to be even less supportive and nice to the young child than her grandmother was (partly due to her working long hours as a house maid). At age nine, Oprah was sexually molested by her cousin, her uncle and a family friend. She disclosed this to her family at age 24, but they failed to believe her, and then she disclosed it again on one of her 1986 TV shows, when the topic was sexual abuse. At 13 she ran away from home for a little while, at 14 gave birth to a boy who did not survive for long, and ended up living with Vernon (her father) during most of her teenage hood. He was strict, but he encouraged her education, and she already started to shine in dramatic interpretation and oratory activities.

Her troubled background should not be forgotten whenever the Oprah Winfrey net worth is discussed, but we mean that in an uplifting and positive way. Ever since her TV debut in 1983, Oprah has done nothing than to spite her humble origins and to basically change the face of modern television. Even if her shows aren’t exactly your cup of tea, you cannot help but admire this black woman for her courage and determination and for the way she managed to become the top-earning ubiquitous media figure she is today.

Kevin Hart Net Worth: How Much Money Does the Actor Make?
Previous Post: « What Were the Worst Dictators in History?
Next Post: What Were the Salem Witch Trials of 1692 All About? »