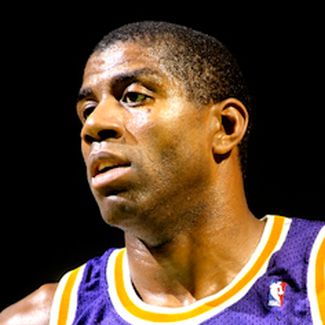 Earvin “Magic” Johnson Jr. is a retired basketball star, businessman, and philanthropist. After retiring from his professional basketball career in the ‘90s, he became an activist and motivational speaker, greatly contributing to dispel stereotypes surrounding HIV. Plus, he grew to be a successful businessman, with plenty of investments that paid off over the years. As a result, the Magic Johnson net worth is pretty impressive, making him one of the wealthiest retired athletes in the world.

Johnson began his basketball career in 1979 with the Los Angeles Lakers after signing what was then the highest paying contract in sports history. Magic went on to win five NBA championships and is considered as one of the best point guards to ever play the game.

Johnson’s basketball achievements include three MVP awards and twelve All-Star Game appearances. He is near the top of many lists that name him one of the all-time great basketball players. While also making money on endorsement deals throughout his playing career, Johnson earned $18 million in regular salary from basketball. The Magic Johnson net worth was impressive even back then, but it only went on to significantly grow over the years.

In 1991, Johnson was diagnosed with HIV, which forced him into early retirement. However, he returned to basketball as a player for both the U.S. Olympic team and the Lakers. His honesty in announcing he had contracted the disease led to greater awareness about HIV and has helped push research forward towards a cure.

Johnson has transformed his basketball wealth into a wide-reaching business empire, with an emphasis on bringing money to urban communities. His investments have ranged from commercial and residential real estate to television programming. Johnson has had success in the past by partnering with large, name brand companies such as Starbucks and helping to expand their reach into minority and underserved markets.

Moreover, Johnson was a part-owner of the Lakers for several years and is part of a group of investors who purchased the Dodgers in 2012 and the Sparks two years later. His interest in basketball has not faded over time – quite the contrary. In 2017, he replaced Jim Buss as the president of basketball operations for the Lakers, a position from which he resigned earlier in 2019.

Besides basketball, Johnson has numerous investments which enabled him to build a vast fortune. In the late ‘90s, he hosted a late night talk show on Fox, but it was canceled quickly due to low ratings. He then started a record label called Magic Johnson Music and appeared as an NBA commentator for several networks. Plus, the athlete runs Magic Johnson Enterprises, a conglomerate company with subsidiaries including a chain of movie theatres and a film studio, which made a positive impact on the overall Magic Johnson net worth.

His success as an entrepreneur is mostly attributed to his willingness to learn and think ahead. Johnson sought advice about business while still playing with the Lakers when he started reaching out to experienced CEOs like Michael Ovitz. In 2015, the former basketball star completed his planned acquisition for a majority interest in the EquiTrust Life Insurance Company. Furthermore, he is an investor for aXiomatic eSports, the company that owns Team Liquid.

Magic Johnson Net Worth: How Much?

So how much is Magic Johnson worth? It is estimated that his diversified portfolio has brought in more than six hundred million as of 2019. Similarly to Shaq, he managed to invest wisely and grow his fortune after retirement. While his successful basketball career certainly gave him a head start, it’s Johnson’s business acumen that deserves praise. After all, a lot of former athletes launch businesses after retirement only to see them fail after a year or two. Johnson’s first endeavor, a high-end sporting goods store, also failed after only a few months. But instead of being discouraged, the former basketball player learned from the experience and turned his brand into a bona fide business empire.

Johnson’s childhood was relatively normal. His father was a General Motors assembly worker, while his mother worked as a school janitor. He had six siblings and grew up to be strongly influenced by his parents’ impeccable work ethic.

Johnson’s eldest son, Andre Johnson, was born to Melissa Mitchell in 1981. In 1991, the basketball star married Earlitha “Cookie” Kelly. The two have a son together, Earvin III (EJ), whom you might be familiar with from the reality show Rich Kids of Beverly Hills. The couple also adopted a daughter, Elisa, in 1995.

Magic has been a noted philanthropist throughout his life. His Magic Johnson Foundation, established in 1991, is committed to transforming America through HIV/AIDS awareness programs, Empowerment Centers, and scholarships. Over the years, Johnson diversified the foundation to include several other charitable goals. He partnered with drug companies to publicize the fight against AIDS in African American communities.

If you’re curious to learn more about the athlete, you can read his autobiography, Magic Johnson: My Life, published in 1992. He went on to write other books as well – Magic’s Touch: From Fundamentals to Fast Break With One of Basketball’s All-Time Greats, What You Can Do to Avoid AIDS, and 32 Ways to Be a Champion in Business.

Magic Johnson: What Is He Up to Now?

With the Magic Johnson net worth estimated to be at over $600 million, the retired athlete is currently living a pretty comfortable life. He owns several luxury properties, cars, and a private jet. Yet, he continues to grow his business empire and dedicates himself fully to his charitable work. All in all, Johnson is an inspiration for everyone struggling to make it as an entrepreneur. We expect his fortune to grow more abundant in the years to come.