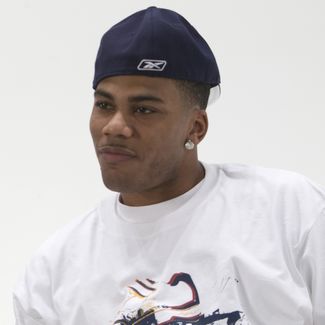 Nelly, the world renown rapper, musician and successful entrepreneur has a current estimated net worth of approximately $60 million.

Nelly began his career in 1993 as a member of a southern hip hop group called “St. Lunatics.” As part of the group, it became clear that his star was shining brighter than other members of the group and in 1999, he was offered his first recording contract by Universal Records. Nelly released his debut album, “Country Grammar,” in 2000 and had a immediate hit single under the same name. To date, this is still Nelly’s best selling album.

Over the next 13 years, his music accomplishments would mount. Aside from numerous top selling albums and hit singles, Nelly was presented with Grammy Awards in both 2003 and 2004. Many industry insiders consider to Nelly to be one of the most relevant rappers in the world and heoften ranks as one of the best selling rap artist in history.

With his place in the music industry solidified, Nelly set out to futher his brand in other areas. He has made appearances in a couple of movies and has expressed interest in a starring role in the future. He also started his own clothing lines under the monikers Vokal and Apple Bottoms. He developed the energy drink called “Pimp Juice” and was once part owner of the NBA’s Charlotte Hornets. It is clear that Nelly envisioned his life as a well rounded mogul and in doing so, he has garnered great wealth. He has also established himself as a generous philanthropist.

With so many revenue sources comprising Nelly’s net worth, specific statistics are not readily available. The following represents his current revenue streams.

The only known figures are approximately $20 million in net worth from record sales over the years.

Since amassing his wealth, Nelly has maintained a fairly private lifestyle. While he is known to enjoy fast cars and huge mansions, the only known valuation is $1.4 million spent on a house located in Eureka, Missouri. The house is 9,000 sq. ft. sitting on 6 acres of land. He is also known to contribute a lot of his time and money to the charity he founded named “4Sho4Kids Foundation.”

This is a celebrity who has the look of a business man in a celebrity world. Stay tuned for Nelly’s next great venture.

How much is Jay Z Worth? Jay Z Net Worth Information
Previous Post: « How Much is Tyga Worth?
Next Post: How Much Is J.K. Rowling Worth? »