For many years, actor Robert Downey Jr. made news headlines due to his battles with drug addiction and alcoholism. Today, Downey is clean and sober and has made a remarkable comeback. According to Forbes, Downey Jr. ranks as on a list of wealthy celebrities as number 20. Celebrity Networth estimates that he is worth approximately $260 million. 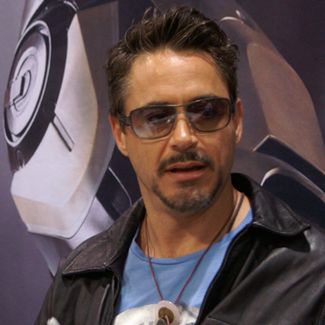 Robert Downey Jr. was born on April 4, 1965, the son of Robert Downey Sr. and Elsie Ford. His father is a well-known actor, writer, producer, and director. Meanwhile, his mother is an actress who appeared in several of his father’s films. Downey Jr. made his acting debut at the age of five in a comedy, Pound. At age seven he appeared in Greaser’s Palace. He also studied classical ballet while living in England at age ten.

In 1986, Downey was cast in his first lead role in The Pick-Up Artist. This came after a string of supporting roles in movies such as Tuff Turf, and Weird Science. He has often been included in a group of young actors who gained fame in coming-of-age films in the late 1980s known as the “Brat Pack.” In 1992, the Robert Downey Jr net worth was growing steadily, and, during that year, he gained critical acclaim, as well as an Oscar Nomination for “Chaplin.”

Between 1996 and 2001, Downey Jr. got into jail repeatedly for possession of drugs, including heroin, cocaine, and marijuana. According to Downey Jr, his drug addiction began at the age of six, when his father, who was also an addict, allowed him to smoke marijuana. In 1996, they arrested Downey for possession, as well as carrying an unloaded .357 Magnum handgun, when the police stopped him for speeding on Sunset Boulevard.

While on parole, just a month after that arrest, he trespassed into a neighbor’s house, falling asleep on one of their beds, while under the influence of drugs. He received a sentence of three-years probation and had to undergo drug testing. After missing the second test in 1999, Downey Jr. got a sentence for three years in prison and spent one year in the California Substance Abuse Treatment Facility and State Prison. He began appearing as the love interest of Calista Flockhart on the television show, “Ally McBeal,” but was soon struggling with addictions again.

In 2001, he got into jail again on suspicion of being under the influence after police found him wandering, barefoot, in Culver City. He went to drug rehabilitation and the actor has been clean and sober ever since. Unfortunately, the arrests and bad publicity had a negative influence on Robert Downey Jr net worth, as he was fired from “Ally McBeal,” lost a high-profile role in the film “America’s Sweetheart,” and shut down a planned stage production of “Hamlet,” produced by Mel Gibson.

In August 2001, Downey Jr.’s first acting job was lip-syncing for an Elton John video for the song “I Want Love.” In 2003, Downey appeared in “The Singing Detective,” when actor Mel Gibson stepped in on his behalf, paying his insurance bond in order for him to appear. When he appeared in the film Gothika, producer Joel Silver included a clause in his contract withholding 40 percent of his salary to protect him against his addictive behavior. Clauses like that have become standard in Downey Jr.’s contracts. The Robert Downey Jr net worth grew tremendously when he appeared in the “Iron Man” series, earning $50 million from the Avengers’ films. In addition, his adaptation of Sherlock Holmes on the big screen has also added to his net worth.

Robert Downey Jr.’s net worth, despite his serious addiction problems, has grown tremendously, especially over the past few years, reaching $260 million in 2017. The actor still receives extensive critical acclaim and should see his net worth grow even more as long as he keeps his demons at bay.