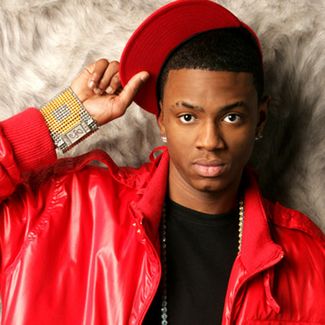 DeAndre Cortez Way, the famous rapper with the stage name Soulja Boy, has an estimated net worth of more than $400 million. However, the actual Soulja Boy net worth is likely much more as he has a number of income streams and guards his financial information closely.

With the support of his father, Soulja Boy early access to a recording studio at a young age. In 2005, when he was only fifteen, he began releasing his songs to the website SoundClick where he earned numerous positive reviews. From there, he moved to other forms of social media like YouTube and Myspace and built a following of fans.

In March of 2007, he independently released the album Unsigned & Still Major: Da Album Before da Album, which featured the song Crank That. Within two months of releasing Crank That, Soulja Boy’s track received radio play and he landed a deal with Interscope Records. By September of that year, the track reached the top spot on the US Billboard Hot 100. Additionally, the track is statistically notable as the first-ever digitally released song to reach 3-million sales. He has also earned a collection of notable awards during his rapping career, including:

Soulja Boy followed up Unsigned & Still Major with the studio albums Souljaboytellem.com, iSouljaBoyTellem and The DeAndre Way between 2007 and 2010. Although none of his follow-up tracks were nearly as successful as Crank That, Soulja Boy has maintained consistent Billboard placements and continues to collaborate with other artists like Gucci Mane, Shawty Lo, Arab and Sammie. The rapper is currently working on his fourth studio album but has seen a number of delays during the process.

Conflicts With Other Artists

During his short career, Soulja Boy has developed a number of feuds with others in the hip-hop community. The most notable artists who have vocalized criticisms of him include Ice-T, Charles Hamilton, Fabolous, Bow Wow, and Hopsin. Still, with the controversies surrounding Soulja Boy in the music industry, he is considered by many to be a revolutionizing force behind the way artists and labels distribute and label their music. Due to his early successes, the internet and social media have received much more attention and have given a number of other artists a plan for attempting to gain fame through various forms of online mediums.

Beyond music, Soulja Boy has had acting gigs, a short-run cartoon, and a fashion line. He also continues to tour and make appearances and cameos on television programs. As a great businessman, he also branched out in other industries as well. For example, he has his own Soulja-Board branded hoverboards called SBeezy Lights. Moreover, you can also find his official Soulja Boy chat app, which lets you chat with him.

However, the beloved singer and actor doesn’t seem willing to stop here. Rumor has it that he is working on a new album, for instance. Obviously, his fan base is overly excited about this perspective. Furthermore, some say that he plans to go on a world tour to meet his fans from all over the world. No wonder he is so motivated since his net worth in 2018 reached $423 million.

What is Beyonce Net Worth?
Previous Post: « What Does A Physician Assistant Do?
Next Post: How Much Is Usher Worth? »