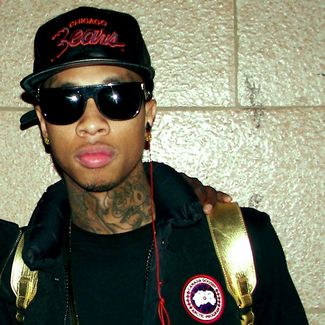 Tyga, which stands for Thank You God Always, is a rapper of Vietnamese and Jamaican descent, born and raised in Compton, California, is said to be worth approximately 8 million dollars.

Tyga was born Michael Ray Nguyen-Stevenson on November 19th, 1989, and long dreamed of the day when he would become a rap star. Tyga was influenced early on by listening to Eminem, Fabolous, Lil Wayne and Cam’ron. Tyga’s first album, No Introduction, was released by Decaydance Records in June of 2008. This album launched his career when his song Diamond Life was used on the popular video game Need for Speed: Undercover, and on Madden NFL 2009 and in the movie Fighting. Tyga also released mixtapes during this time and found success with this venture as well: one of his songs, Deuces, on the mixtape reached the number 1 spot on Billboards list of hip-hop/R&B singles. Tyga followed up with an album in 2011/12 called Careless World: Rising of the Last King, in 2013 with Hotel California and The Gold Album: 18th Dynasty.

Tyga has worked with some of the most popular stars in the music business, including Chris Brown, Justin Bieber, Rick Ross, Nicki Manaj, among others. His musical collaboration with Chris Brown won him a 53rd Grammy Nomination for Best Rap/Sung collaboration.

Tyga Net Worth
Tyga’s net worth is up for debate, as is his upbringing. He claimed on the TV show Bustas that he was raised in wealth, that his parents drove Range Rovers and Mercedes Benz cars, where as previously he stated he was raised in Compton. These statistics have made it difficult to determine the truth about his circumstances, financial and otherwise.

Tyga has been dealing with several lawsuits against him recently. Among these are two for 10 million dollars from women who claim that Tyga used parts of their body in his video that he did not have permission to broadcast. Since these lawsuits, other women have come forward with similar lawsuits that are still pending.

Tyga purchased the home in 2012 with his fiance Blac Chyna, and their son, King Cairo Stevenson.

In regard to his jewelry purchase, there is currently a lawsuit against him by Jason, a jeweler, for the Pantheon Timepiece and chain, which is $91,000 worth of jewelry that he did not end up paying for. A judgement was made in the jeweler’s favor for $185,000, double the cost of the missing jewelry.

Tyga’s net worth will fluctuate more this year, presumably flowing more toward the positive. He will be releasing The Gold Album: 18th Dynasty early this year and with over 54,000 record sales within the first week of release for his last album, it is safe to assume he will see similar gains this year.

How Much Is P. Diddy Worth

What Is Madonna Net Worth?
Previous Post: « How Much Is DMX Worth?
Next Post: How Much Is Nelly Worth? »