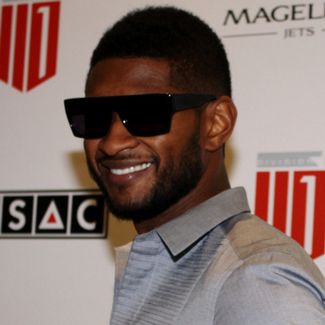 Usher is a well-known hip hop artist with several successful albums. His approximate net worth is $140 million.

Usher was born in Dallas, Texas. He was always fond of music from a young age. His first successful musical gig was as a part of the R&B band Nu Beginnings, which he joined when he was 11. Usher continued to build on his success until he landed his first record deal.

Usher was an almost instant success in the hip hop world. His early career album My Way, which was released in 1997, was a smash hit that sold millions of copies and produced one of his greatest sources of revenue. Since then, he has released several more albums and won several prizes for his musical work.

His album Confessions was also a huge success, drawing on a much larger fan base. Several of the songs on the album remained in the top 100 of Billboard’s charts for many weeks. Usher began to make appearances on MTV, and he also won several awards over the subsequent few years for this album. This was the album that sealed Usher’s name into the list of most cherished hip hop stars, and his career took off. He began to be a hot commodity for special appearances and guest features in other artists’ work. A lot of his profits in the subsequent years came from his work as a guest artist.

Usher remains a success in the music world, yet he has also had time to enjoy a fulfilling personal life. He has three children, although he and his wide are now divorced. He owns a mansion and takes frequent vacations.

Since his My Way album, Usher has been consistently bringing in millions of dollars each year. His most recent years have produced around 30-40 million in earnings each year. One highlight of his career was his tours between 2010 and 2011, which brought in about 75 million dollars in total. Usher also makes money from numerous special appearances and a few stints on popular TV shows. One of his current greatest revenue generators are his performances; Usher has always been a successful and engaging performer that draws a large crowd and a large revenue.

Some of Usher’s major expenses were the 3 million dollar mansion that he purchased in Georgia. His three children are also an expense. The divorce with his wife was another factor that recently ate up a portion of his assets.

However, Usher continues to be a heavyweight in terms of assets, with an estimate of about $140 million to his name. Usher will likely continue to gain in assets over the next many years, as his popularity hasn’t wavered. He continues to reach a higher average of earnings over the course of the past years, and it can only be predicted that he will continue to build on his success.

Gucci Mane Net Worth: How Vast Is the Rapper’s Fortune?
Previous Post: « How Much Is Soulja Boy Worth?
Next Post: Robert Downey Jr. Net Worth »