Despite his meteoric rise to fame, Chris Pratt is widely regarded as one of the most accessible movie stars around. This ability to connect with his audience has played a significant role in his rise to fame. From his small screen origins to his big screen outings, he’s recognized for playing characters that are both grounded and personable.

What Is Chris Pratt Net Worth? 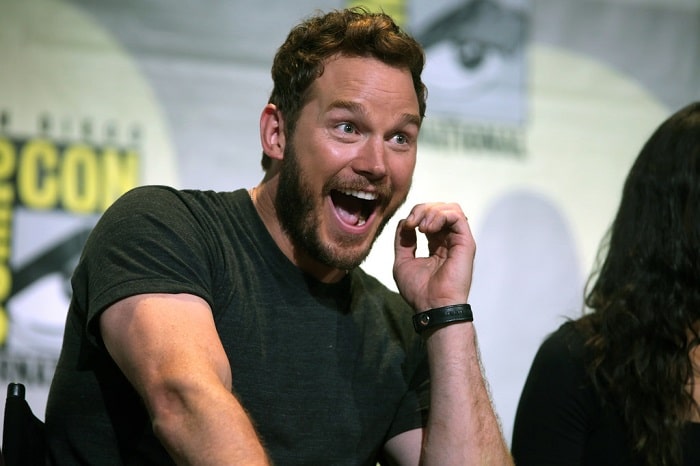 Chris Pratt’s career is proof of the difference in income between a TV actor and a legitimate movie star. In 2008, with the popular TV series The O.C. just concluded, and Everwood under his belt, Chris Pratt net worth clocked in at just over one million dollars.

By 2018, Chris Pratt net worth had escalated to $40 million. His successful turn as a movie actor was enough to earn him a spot at 19 on Forbes’ list of highest paid actors for 2017. This is in large part to starring roles in both the Jurassic World and Guardians of the Galaxy franchises. Fans can expect Chris Pratt net worth to continue to grow in the coming years. Jurassic World earned a spot as the fifth highest-ranking movie in the world during its release in 2015, and the sequel is scheduled for summer of 2018.

Meanwhile, his prominent position in the Marvel Cinematic Universe shows no sign of slowing anytime soon. While many celebrities try to bolster their wealth with lucrative side projects, Pratt takes a more unconventional approach to business ventures. He’s recently started spending his time running a small lamb ranch. While the fruit of his labors are reserved for friends and family for now, he’s expressed interest in expanding his efforts into a business. In addition to starring in film and TV, he also regularly lends his voice to video game and animated movies and shows. 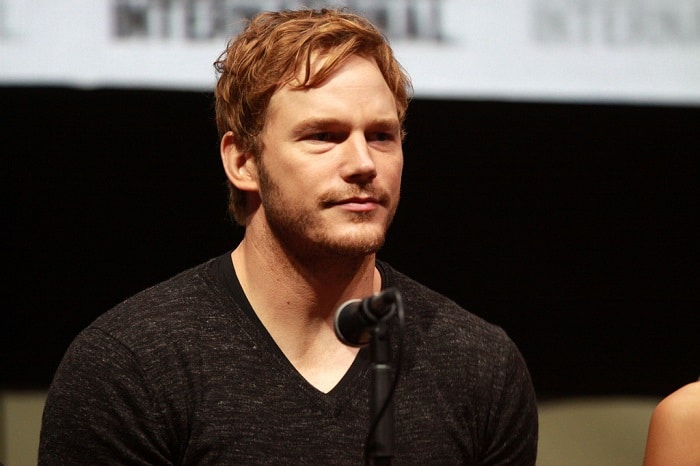 Chris Pratt’s ascension to a position as an A-list star is the sort of improbable story you’d expect to find in a fictional Hollywood drama. Pratt was born in 1979 in Virginia, Minnesota, and he seemed directionless in his early life. When asked by his high school wrestling coach what he wanted to do with his life, he recalls, “I was like, ‘I don’t know, but I know I’ll be famous and I know I’ll make a s- ton of money.’ I had no idea how. I’d done nothing proactive.”

That lack of direction led him to Hawaii as a young man. By the age of 19, he was homeless in Maui, sleeping on the beach and out of a van while making ends meet as an exotic dancer and server at Bubba Gump’s Shrimp Company. A chance encounter with first-time director Rae Dawn Chong scored him a role in her debut film Cursed, Part Three.

He’d proceed to take on small roles in TV and film until finding a niche in primetime teen dramas on the CW and later get the chance to flex his comedic muscles on NBC’s Parks and Recreation. Chris’ first big picture role would come with his casting as Peter “Star-Lord” Quill in Marvel’s Guardians of the Galaxy and his affable and seemingly effortlessly personable demeanor would turn him into one of Hollywood’s most bankable stars.

A marriage to former co-star Anna Faris led to the birth of his son Jack, though the couple divorced in early 2018.

Early in his career, Chris Pratt seemed position for a future as a reliable supporting actor in primetime soap operas and small budget films. He first came to attention playing a main role as Bright Abbott in the CW series Everwood.

The series ran for 89 episodes and scored him a supporting position as Winchester Cook in The O.C. This role earned him the attention of Rashida Jones, who suggested he be hired to play her character’s husband in the single-camera sitcom Parks and Recreation. The role was intended to only last for six episodes, but the character became a breakout hit, and he’d stay on cast through the series finale.

Chris would find his breakout Hollywood role when he was cast in the lead role of Peter Quill in the Marvel franchise movie Guardians of the Galaxy. The surprise success of the movie catapulted him to A-list status and played a part in his later casting as the lead of the Jurassic World franchise. He has since appeared as Peter Quill in Guardians of the Galaxy, Volume Two and the crossover Avengers: Infinity War.

Chris Pratt has a busy future ahead of him. He’s set to reprise his two franchise roles in an untitled Avengers sequel and Jurassic World: Fallen Kingdom. You can expect to see him in both roles for the immediate future. The Jurassic World series is envisioned as a trilogy, while Marvel has already greenlit a third Guardians of the Galaxy movie. Whatever his future holds, you can expect Chris to stay in the limelight for a long time. Rumors have long persisted that he’s in the running as Indiana Jones in a potential reboot of the popular film series.

From homeless teenager to supporting soap star to Hollywood icon, Chris Pratt’s career has been memorable. At the age of 38, Chris Pratt net worth is already $40 million, and fans can only expect that number to climb. If his past ventures are any indication, the star has a long, successful, and unconventional future ahead.

What Is Kylie Jenner’s Net Worth?
Previous Post: « What Happens to Delegates When a Candidate Drops Out?
Next Post: What Is Anna Faris’ Net Worth? »