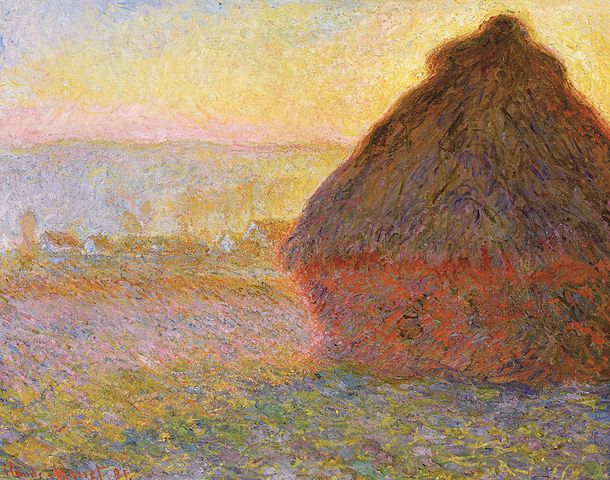 If the history of art is a place that fascinates you but in which you’re not precisely at home, then this post may be just the thing for you. When it comes to paintings, the artistic movement which will come up most often during art-related conversations is impressionism and everyone seems to be highly impressed with impressionist painters (pun intended). Therefore, this is the main art movement you should get up to speed with, both for the sake of being prepared for the topic when it arises, and for the sake of your own general knowledge. Also, it’s one of the art movements you’re most probable to genuinely enjoy as well, so don’t dive into this just for the sake of not getting behind on the info.

What does impressionism mean and how did it appear?

As we were saying, impressionist painters enjoy an unusual popularity to this day, even though their day has passed for quite a while. This is because their style seems to be perfectly tailored to our current mainstream artistic sensibility: they were still classic enough for their paintings not to get too “ugly” or impossible to understand, but the roots of modernism were already gaining some strength in their play with abstract ideas and metaphors. To put it simply, when you see the works of impressionist painters, you can still recognize that it’s about a flowering field, but you can also see that they didn’t try to paint it too accurately, mainly focusing on the idea of a flowering field.

Historically, impressionism began around 1870-1880, towards the end of the 19thcentury, a period known for its turn from conventional classicism to a rather decadent view in art and in the life-style of the bohemian few. The term impressionism was coined by a critic who was being ironical of the movement, naming it such from a painting by Claude Monet titled “Impression, Sunrise”. In a break from traditional academic rules of painting, the early impressionist painters were instead creating an image with small but visible brush strokes, creating the illusion of movement and reflecting the viewer’s impression or idea of an object rather than an accurate depiction of the object itself.

What are the main impressionist painters one should know?

The movement itself debuted with the initiative of four young impressionist painters who discovered their mutual affinities and common interests during their studentship to form a group and start painting together. These four future impressionist painters were Claude Monet, Pierre-August Renoir, Alfred Sisley and Frederic Bazille, and their names are still some of the best known as representative of the movement. In fact, no list of impressionist painters could ever dream of starting without them. In their youth, this fantastic four of young painters would often take trips to the countryside to paint various sceneries, but instead of sketching something and then coloring the sketches in a studio back in town, they would paint directly in colors, in the direct sunlight, creating these visible brush strokes which became a trademark for the movement.

Though they were initially rejected by the mainstream, academia-driven art world, their art was gradually accepted, not without great struggle for the impressionist painters. Their group, which started out in France and only included French painters at first, eventually grew to include American sympathizers as well as a female painter (Mary Cassat) of American origin living in France. They never had much to gain financially from their impressionist paintings, but by the end of the century, the mainstream trends already adapted a diluted form and technique borrowed from impressionism. In the next century, post impressionism raised their works to the value of classics.

Besides the first four impressionist painters mentioned above, there are a few other famous artists associated with the movement, which tend to come up rather often in art conversations. These are Paul Cezanne, Edouard Manet, Eugene Boudin and Camille Pissarro. While their styles were quite different and they couldn’t really agree on common art principles most of the time, what really united this eclectic group was their shared passion for rebelliousness and a taste for the challenging of established art rules. All in all, besides the technicalities and the wonderful abstract note of the art itself, this propensity for unconventional was, in truth, what impressionist painters were all about.

Will the Mayweather vs Pacquiao Fight Be the Biggest Match Ever?

What Are the Most Popular Electronic Music Genres?
Previous Post: « Can You Learn How to Make Iced Coffee at Home Like a Pro?
Next Post: What Were the Worst Dictators in History? »