After negotiations that lasted for years, Manny Pacquiao and Floyd Mayweather Jr. (two of, arguably, the biggest boxing legends of our time) will finally get into the ring against one another this May 2, in Las Vegas. Not only is the Mayweather vs Pacquiao fight going to be one of the greatest fights in boxing history but the match will also destroy every revenue record to date.

Much of this is thanks to the business insights of Floyd Mayweather. The boxer is also a great entrepreneur other than being a sensational fighter. 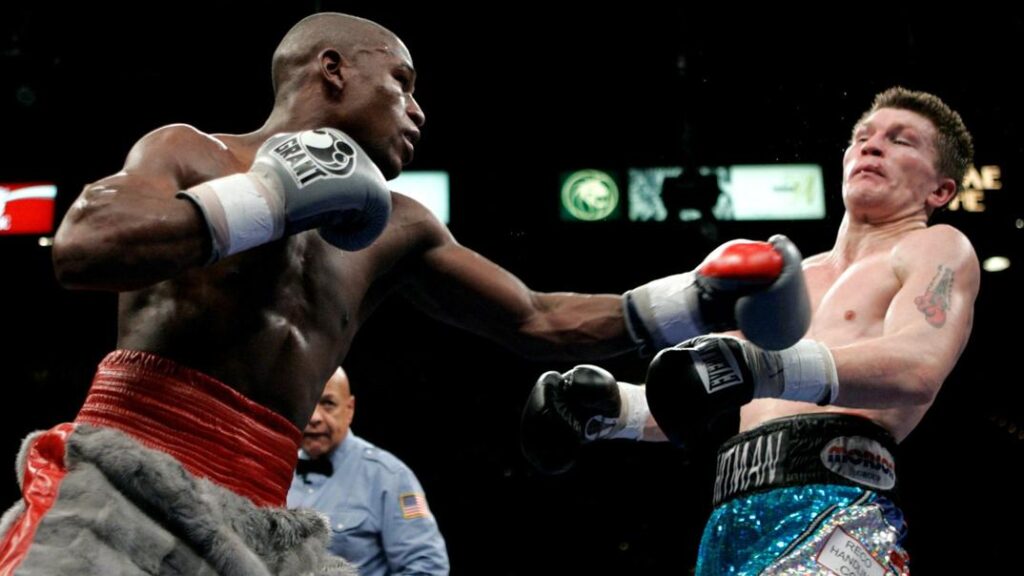 Do you see where this is going? We can honestly say they don’t call the man “Money” Mayweather by chance.

Put together Pacquiao and Mayweather and you will have on your hands records that won’t be broken too soon. One of the most astounding records is that the fight is predicted to cost $100 to watch in HD, which makes it the most expensive pay-per-view fight in the history of television. The last fight Mayweather had with Marcos Maidana cost around $65 and was bought about 925,000 times.

Dan Rafael from ESPN believes that the fight will make around half a billion in revenue, including pay-per-view. The organizers of the fight wish to make around $40 million just from selling tickets, which also doubles the record set by the Mayweather Alvarez fight. Some tickets may cost up to $5,000, while only a handful will be available to the general public.

Having said this, one of the most amazing things about this fight is that it will make two TV rivals work together for the sake of the fight. HBO has a deal with Pacquiao and Showtime airs all of Mayweather’s fights. The two rival networks will work together and broadcast the fight simultaneously. Rafael claims that James Brown from Showtime will host the broadcast and Jim Lampley from HBO will call the Pacquiao Mayweather fight. Each of the two networks will also have a man in their fighter’s locker room before and after the match.

Pacquiao and Mayweather had to work together for the sake of giving people what they want; it seems only fair that two rival networks to do the same thing. Showtime and HBO realized that their best interest is to set aside their differences and collaborate. This has only happened just once before, when the networks both broadcasted Lennox Lewis’ defeat against Mike Tyson in 2002. However, the Pacquiao Mayweather fight is a lot bigger in every imaginable way and will most likely become a very important match in the history of the sport.

Have Mayweather and Pacquiao Ever Fought Before?

The two fighters haven’t fought each other before. But Mayweather and Pacquiao are responsible for some of the biggest revenue fights in the history of boxing.

The fight with Alvarez in 2013 brought Mayweather a paycheck of $50 million and the one with Oscar de la Hoya in 2007 brought the boxer $25 million.

Manny Pacquiao was born in 1978 in Kibawe, Philippines. Pacquiao won matches against difficult opponents such as Oscar de la Hoya, Shane Mosely, Juan Manuel Marquez, Miguel Cotto and many others. In 2012 on June 6, Pacquiao lost a match against Timothy Bradley which became one of the most controversial fights as it was criticized by a lot of people that claimed the fight was fixed. The boxer is considered to be the number 1 boxer in the world, when it comes to pound-for-pound. Along his way to glory, the Pacquiao net worth has accumulated quite an impressive array from endorsements, pay-per-view revenue, promotions and (most importantly) boxing matches.

The Pacquiao fight with Oscar de la Hoya in 2008 brought the boxer an income of $11 million. In 2011, when the athlete fought Juan Manuel Marquez, he was paid $20 million for the boxing match. From the fight in 2009 against Miguel Cotto, Pacquiao received a paycheck for $35 million.

A fight on March 13 in 2009 was scheduled to happen between Mayweather vs Pacquiao. The fight was then one of the most awaited boxing matches in years. Some people were calling the 2009 match the fight of the decade. The revenues from pay-per-view alone were predicted to exceed over $180 million. Mayweather was guaranteed $25 million up front and another $20 to $25 million based on the income from pay-per-view. This was quite the paycheck for Mayweather, but unfortunately the two fighters could not reach an agreement at the time.

However, the fight between the two champions is finally happening and it’s going to be the most important fight for each of the two athletes.

What Was the First Sequel to Win an Oscar for Best Picture?

What Is Barry Bonds Net Worth?
Previous Post: « What Is The Avarage Salary Of A Respiratory Therapist?
Next Post: Is Marijuana Legal in Alaska? »