The world loves crossword puzzles, and whether you personally like them or not, this type of puzzle still remains one of the most popular games and past times in the world. Whenever you don’t know what else to do to kill a half an hour or so, you try your hand at an online crossword puzzle hub, and as boring as it may sound for those with a more explosive party life, an evening of crossword puzzles at home with friends can sometimes beat any other plan. Moreover, researchers say that solving crossword puzzles is one of the few stimulating activities that can help keep debilitating mental illness at bay, such as Alzheimer’s. Other such tasks to keep your mind active and at bay from disease are Sudoku puzzles or learning a foreign language. Or, why not, training your mind on how to lucid dream. But for all its positive effects and popularity, one question may have crossed your mind (pun not intended): who was the crossword inventor and how did this puzzle reach its current form?

The answer to this question is that Arthur Wynne is considered to be the inventor of the modern crossword puzzle, with the note that his version isn’t one hundred percent identical to the crosswords you may encounter today. But before moving on to detailing the life and work of Arthur Wynne, the crossword inventor, let us clarify the basic notion of what a crossword puzzle actually is. Traditionally, a crossword puzzle is considered any word puzzle in the shape of a square or a rectangle grid, composed of white and black shaded squares. The black ones are used to separate the words within the puzzle, while the white ones are theoretically meant to be used for writing down the words, after you guess them. You get the answers by solving clues, and then proceed to fill in the puzzle from left to right and from top to bottom, if you’re solving a crossword designed in a language with a left-to-right-style of writing. 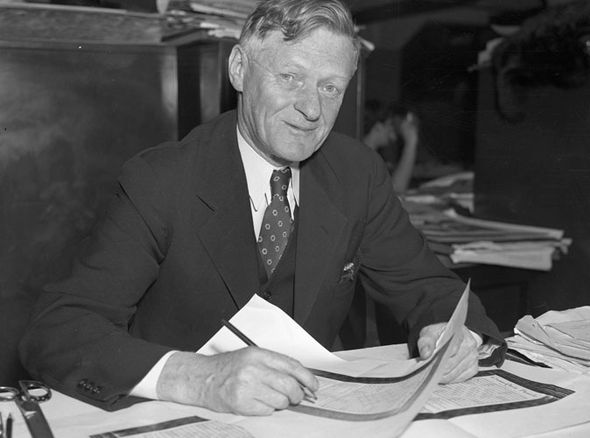 Arthur Wynne was a British-born American immigrant who lived between 1871 and 1945. He was born in Liverpool but immigrated to the United States when he was 19, settling in the Pittsburgh, Pennsylvania region for a while, where the played the violin in the Pittsburgh Symphony Orchestra and worked on the Pittsburgh Press newspaper. Later, he moved to New York and continued his career in the press by working at the New York World newspaper. His work focused on creating the “Fun” pages for the Sunday edition of the newspaper, which eventually led to him having the inspiration to create the crossword puzzle.

This groundbreaking moment came in 1913, when Arthur Wynne created a word puzzle in the shape of a diamond with a hollow center and the word “FUN” already filled in (pictured below), thus effectively making him the crossword inventor. The game was called by its creator a “word-cross puzzle”, and even if the world rearranged its name, the puzzle is being constructed after the same principles as the ones from its beginnings. The name change is actually somewhat ironical, considering that it was actually due to a typesetting error, just a few weeks after the puzzle was initially published. Nevertheless, this was hence the name under which the world came to know it, right up to the popularity the puzzle enjoys today.

Theoretically, Arthur Wynne’s puzzle was indeed based on some earlier forms of word puzzles (such as the word diamond), but he introduces some innovation that radically transformed the very idea of a word puzzle. For example, the use of vertical and horizontal lines as boxed to fill in the letters in was unheard of until him. Also, the use of black squares, displayed symmetrically, meant to separate the words in columns and rows, is also an innovation he pioneered as the modern crossword inventor. Only the numbering scheme proposed by him was left behind in the structure of modern crossword puzzles, but other than that, the whole concept of the game you enjoy killing time with is owed to this quirky newspaper columnist from the early 20th century.

His popular invention was honored in 2013, at the 100 years anniversary, with a Google doodle featuring a puzzle by Merl Reagle. Numerous other puzzle creators submitted tribute puzzles to the memory of Arthur Wynne, the crossword inventor. A century later and counting, the delightful creation of a newspaper man continues to entertain people all over the world, right in the same league with the alternative popular past times such as mass television or sharing jokes.

What Is the Hardest Game Ever Played?

What is Critical Thinking and How to Improve It?

John Legend Net Worth 2018 and His Successful Career
Previous Post: « How Much is Madonna Net Worth?
Next Post: What Were the Most Notorious Roller Coaster Accident Cases? »