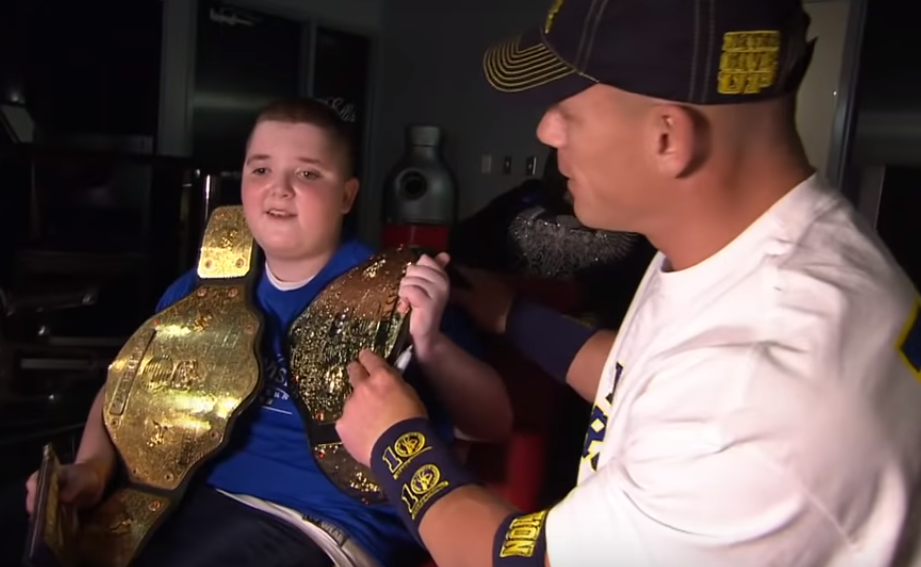 Make-A-Wish Foundation is a non-profit organization (NPO) based in the United States. The organization grants a ‘wish’ for children who are suffering from potentially fatal or chronic diseases. The inspiration for this foundation was a 7-year-old boy named Christopher Greicius. This leukemia patient had a dream of becoming a police officer and so, an Officer named Tommy Austin made Chris’ dream come true.

The Officer made arrangements so that Chris could spend a day with officers at the Arizona Department of Public Safety and get a ride in a Police helicopter. Not only this, Chris was also given a custom-made uniform and was officially sworn in as an honorary Public Safety patrolman. Although Chris eventually died due to his sickness, his story was what inspired the founders of the Make-A-Wish Foundation. Now, this NPO is responsible for spreading joy amongst thousands of seriously ill children.

How Does this NPO Work?

A large number of volunteers has enabled this foundation to grant a wish for a child every 17 minutes. Children between the ages of 3 and 17 are eligible to apply for a wish. The child’s medical practitioner, guardian/parent or the child himself can apply for the wish. The child’s medical conditions will be analyzed in order to determine whether they are entitled to be a recipient of the Make-A-Wish Foundation.

The foundation’s operatives stay in contact with the child’s doctor and or family in order to determine the perfect time to grant the child’s wish. A seriously sick child’s desire for meeting someone, going somewhere, doing something or being someone is what the foundation aspires to fulfill. The purpose of all this is simply to bring joy to an unwell child. The positive and uplifting effect the fulfillment of the wish helps the child in many ways. The spiritual boost helps the child in fighting the disease, elevating their chances of getting healthier.

What Celebrity has helped to Grant the Most Wishes With the "Make-A-Wish Foundation"?

John Cena has become an iconic part of the Make-A-Wish Foundation as he has granted over 500 wishes. He is now officially a celebrity that has granted the most wishes through this NPO. John Cena became a part of this foundation in 2004 and has been heavily involved since then.  With the schedule of a man like John Cena, it is impressive how he has managed to grant 500 wishes!

Cena earned his title of granting 500 wishes in 2015. His 500th recipient being Roco Lanzer, an 8-year-old boy suffering from leukemia. Cena surprised the child by paying him a surprise visit and giving him a hat, a championship belt, and several other custom-made presents. Lanzer was also given ringside seat tickets by Cena to the RAW television show.

Starting with Hulk Hogan in the 1980s, numerous WWE superstars have teamed up with Make-A-Wish Foundation. A total of about 6,000 wishes have been granted only with the help of these wrestlers. Make-A-Wish Foundation is glad to have such supporters helping them in cheering up ailing children.

In order to thank Cena for his devotion, a large event was organized by the NPO in order to honor the wrestler. This event was attended by WWE associated and many wish kids and their families. John Cena’s dedication and passion for helping children also inspired the WWE management itself to donate millions of dollars to the flourishing foundation.

Justin Bieber and the Make-A-Wish Foundation

Justin Bieber is also one of the most honorary supporters of the Make-A-Wish Foundation. This is because, at a total of 260 wishes granted, the popular singer holds the record for granting the second most wishes through this foundation. Justin Bieber has visited Make-A-Wish Foundation recipients in almost every city on ‘Purpose’ tour list. To Bieber, these brave children are a motivation and inspiration.

The young star is known for granting wishes at a short notice and even on his busiest of days. The Foundation has praised the singer’s devotion towards helping them in making the strong children smile during desperate times. Justin Bieber intends to support and volunteer for the Make-A-Wish Foundation for as long as possible and is looking forward to raising his number of wishes granted much more than 260.

Make-A-Wish Foundation is pleased to grant just about any wish. However, the organization has stopped granting wishes involving hunting. This decision was made in order to ensure the safety of the children and due to the concern of animal rights groups.

Justin Bieber Net Worth – How Rich Is He?

How Much Is P. Diddy Worth

What is a Rotary Club?

How to Become a Police Officer in the USA
Previous Post: « What Is the Longest Running Scripted Primetime TV Show of All Time?
Next Post: The Best Time To Go To Disneyland May Not Be What You Expect »