Are you curious about how much the Queen of Soul made over her lengthy career in music? After more than 50 years in the industry and over 75 million albums sold, Aretha Franklin net worth is currently estimated to $60 million. It seems music made her feel a very rich woman. 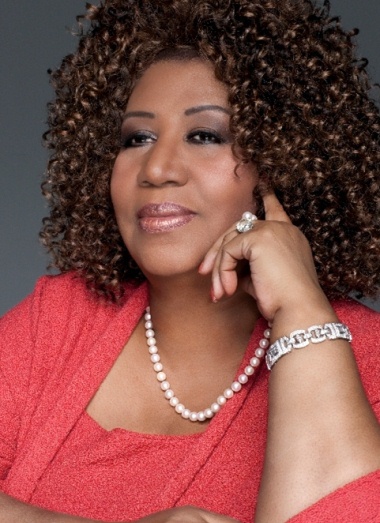 Aretha Franklin is one of America’s legendary voices. Her passion for music goes back to her childhood. Born in Tennessee, in a family of preachers, she grew up in Detroit, Michigan. At the age of 10 she was already singing gospel solos in her father’s church and various churches in the region. Beside her wonderful voice, she had a talent for playing the piano as well.

Her gospel career didn’t add much to Aretha Franklin net worth so she decided to pursue a career in the pop music industry. She started singing at the age of 18, after having signed with Columbia Records. Her debut wasn’t as successful as she hoped, but she came to conquer the charts a few years later under a contract with Atlantic Records. Those were the times when she released her highest acclaimed albums.

Still a renowned and loved singer and songwriter, Aretha gained recognition with singles like ‘(You Make Me Feel) A Natural Woman’, ‘Respect’, and ‘Think’. Today, she is mostly known for these hits and other songs like ‘Ain’t No Way’, ‘I Say a Little Prayer’, ‘Bridge Over Troubled Water’, ‘Chain of Fools’. These justly brought her the title of the Queen of Soul by the end of the 1960s.

Aretha Franklin is not only loved by her public, but also a highly acclaimed artist. In 1979 she received a star on the Hollywood Walk of Fame, and 15 years later she was given a medal from the Kennedy Center Honors. In

With 18 Grammy awards ‘in her pocket’, she also added two Honorary Grammys to her collection over the years. Moreover, in 1987 she becomes one of the most influential artists inducted into the Rock and Roll Hall of Fame. She is the first female artist to be included in the museum’s archive. Also, according to two lists of Rolling Stone Magazine, Aretha places no. 9 of the 100 Greatest Artists of All Time and no. 1 of the 100 Greatest Singers of All Time.

Still an active musician over the last decade, she performed at the first inauguration of President Barack Obama in 2009. Also, in 2014 she released ‘Aretha Franklin Sings the Great Diva Classics’, featuring a cover of Adele’s ‘Rolling in the Deep’. Let’s take a listen of her beautiful interpretation.

Aretha Franklin Net Worth Over Decades

What made Aretha Franklin net worth show 8 figures? Over the years, the R&B artist recorded 112 Billboard hits, and sold over 75 million records. She remained in the history of music as the most charted female American singer of all times. The beginnings of her career, though, didn’t look so promising.

Her first album, ‘Songs of Faith’, came out in 1956. Although she released two gospel singles, these achievements weren’t satisfying enough for young Aretha. She debuted as a pop singer in 1961 with ‘Aretha: With the Ray Bryant Combo’.

Indeed, her first public performances as a professional singer were not a commercial success, but she was well received by the public, reaching the top ten R&B chart. Aretha Franklin net worth boosted in the late 1960s, along with her album ‘I Never Loved a Man the Way I Love you’, which went gold.

Her success grew tremendously during the 1970s, when she rocked the charts with ten singles such as ‘Rock Steady’, ‘Day Dreaming’, ‘Angel’ and ‘I’m in Love’.

In 1980, after a few years of failing to keep the high standard, she signed with Arista Records. After seven years, ‘Jump to It’ went gold, and in 1985, her album ‘Who’s Zoomin’ Who’ was certified platinum with more than a million copies sold. After another two years, she returned to her gospel passion, and released ‘One Lord, One Faith, One Baptism’.

During the 1990s, Aretha was back in the charts with singles like ‘A Deeper Love’, ‘Willing to Forgive’ and ‘A Rose is Still a Rose’. By the end of the decade, she gained international recognition with her performance of ‘Nessun Dorma’ at the Grammy Awards. She continued to aim high, and in 2004 won a Grammy with her ‘Wonderful’ song.

Throughout her golden career, Aretha had no less than twenty no. 1 singles on Billboard Hot Top charts. The legendary singer had even more than one hit that reached the top every year from 1967 to 1974. She totally and ceaselessly rocked the R&B stage until 1985. Here are just a few of her highly acclaimed songs:

Quick Facts about the ‘Queen of Soul’

How Much Is TI Worth?
Previous Post: « What Does Bossa Nova Mean?
Next Post: What is the Average Esthetician Salary? »