A successful singer, dancer, and actor, Chris Brown has been consistently releasing music since 2005. As a result, he managed to build quite an impressive fortune. Although legal troubles seem to be following him everywhere he goes, the rapper keeps focusing on his career, releasing collabs with other artists to growing his businesses. But since we can’t utter the phrase ‘Chris Brown net worth’ without listing his many streams of income, let’s take a quick look at his rise to fame and crunch the numbers. 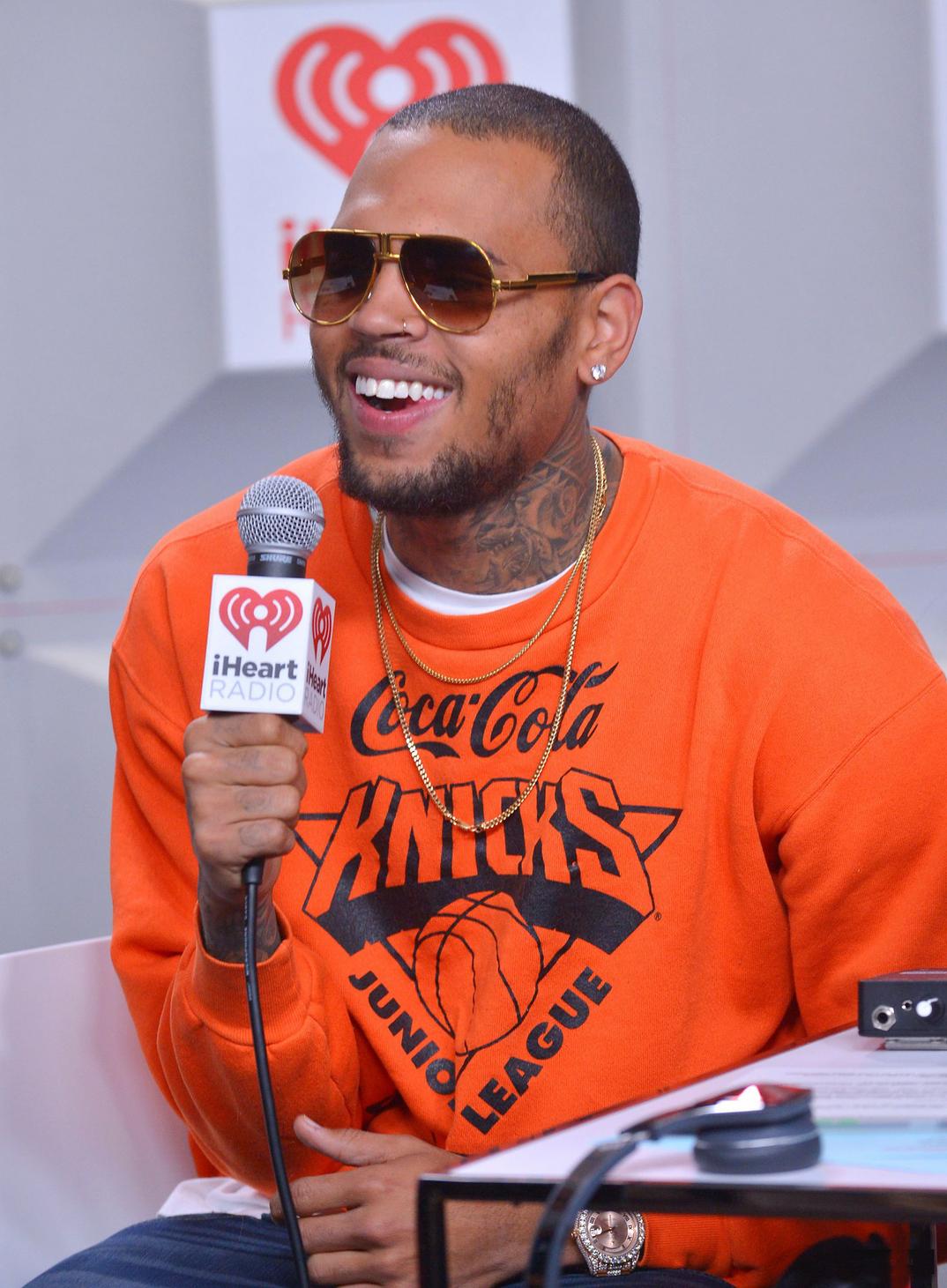 Born Chris Maurice Brown on May 5h 1989, the American singer, dancer, and actor first rose to stardom in 2005. Back then, he released Run it! to universal acclaim – it charted number 1 in the US, Australia, and New Zealand. Alongside his musical exploits, Chris Brown also entered the movie industry, with notable roles in the movies Stomp the Yard and Takers. Yet, his origins are quite humble.

Brown was born in Tappahannock, Virginia to Joyce Hawkins and Clinton Brown. In his interviews, Brown stated that his earliest influences were Michael Jackson, Otis Redding, Sam Cooke, and Donny Hathaway. Listening to his parents’ soul records and learning how to dance from watching Michael Jackson videos will later set him on the path of embracing a musical career. His earliest musical exploits came in the form of performing in the church choir and several local talent shows.

Brown’s breakthrough came at age 13 when he was discovered by a team of talent scouts at his father’s gas station. After high school, he moved to New York and began recording over the following two years. He started working on his debut album in 2004 with the aid of producers such as Scott Storch, The Underdogs, Dre & Vidal, Bryan Michael Cox, Bow Wow, and Jermaine Dupri. The self-titled album, released the following year, charted at number 2 in Billboard 200. His first single Run It! debuted on the 92nd place in Billboard Hot 100. Fourteen weeks later it was topping the charts. As you can see, ‘Chris Brown net worth’ soon became a phrase everyone was curious about.

In the following year, Chris Brown began The Up Close and Personal Tour to promote his album. Due to scheduling conflicts, the second studio album was postponed. Furthermore, Brown also opened for Beyonce during the Australian leg of her The Beyonce Experience tour.

After further touring with Ne-Yo, Brown finally began work on his second album. Although the album was meant to be released to the general public on the 28th of August 2007, it was postponed for the 6th of November 2007. This was also when Brown began acting, with roles on The O.C. and Stomp the Yard.

His second album, Exclusive, debuted on the 4th position in the Billboard 200 charts. On a global level, the album managed to fair well, but not quite like his debut effort. The first single, Wall to Wall, is still one of the artist’s less successful songs. Nevertheless, critics seemed to like it. Brown also collaborated with multiple artists during this time, including Jordin Sparks, Lil’ Mama and David Banner. No Air, performed by Brown and Sparks, ruled the top 10 charts from Australia, New Zeeland, U.K., and the US.

The artist’s third studio recording was released in December 2009. Graffiti debuted on the seventh position in the charts, with the first single being I Can Transform Ya. Unfortunately, the album fared poorly with both critics and fans.

Things changed for the better in 2010, when Brown released a compilation with Tyga titled Fan of a Fan. Their single Deuces, recorded with Kevin McCall, was a huge success, topping the charts for seven weeks. This was Brown’s first single after Say Goodbye (2006) that managed to reach number one.

Brown soon regained his popularity with the release of his fourth album, F.A.M.E., in March 2011. The album received mixed reviews from critics but debuted on the first spot in Billboard 200 and sold 270.000 copies in the first week alone. The first single from the album, Yeah 3x, went on to the reach top 10 in eleven countries. The second one, Look at Me Now, a collab with fellow rappers Lil Wayne and Busta Rhymes, topped the Hot Rap Songs charts. F.A.M.E. also brought Brown his first Grammy, for Best R&B Album.

Chris Brown continued to release new music, all successful in terms of sales. Fortune, which hit the market in 2012, received negative reviews but topped the charts nonetheless. X, released in 2014, scored better with critics, but many made it a point to criticize the lyrics. In 2015, Brown and Tyga released Fan of a Fan: The Album, which earned no less than $2,400,000. It was followed by Royalty, in 2015, which sold 184,000 units in its first week out, and Heartbreak on a Full Moon, which became the rapper’s ninth consecutive top 10 album.

Additionally, we can’t talk about the Chris Brown net worth without mentioning the rapper’s acting endeavors. Brown had roles in several movies over the years, including Takers, Think Like a Man, Battle of the Year, and She Ball. As for television, fans could spot him on episodes of The Suite Life of Zack & Cody and Black-ish.

Chris Brown Net Worth: How Much?

Considering his successful music career and acting exploits, there’s no wonder the rapper managed to build quite a fortune over the years. Google Chris Brown net worth and you’ll get several conflicting numbers. As of 2019, however, the artist is estimated to be worth around $50 million. Besides record sales and acting gigs, his money comes from touring, licensing music for TV shows/movies, brand endorsements, and several business endeavors. Brown founded the record label CBE, owns several Burger King joints, and launched a clothing line called Black Pyramid.

In 2009, Chris Brown made headlines after being arrested for assaulting his then-girlfriend, Rihanna. His net worth also took a hit, as several commercial ads featuring the rapper were suspended and his music was withdrawn from radio stations. He later accepted a plea deal of community labor.

His legal troubles, however, didn’t stop there. Brown was involved in multiple altercations with fellow artists like Drake and Frank Ocean. He was arrested for felony assault in Washington D.C.; was later kicked out of a rehab facility and had to spend two and half months behind bars; and was arrested in Florida on a felony battery warrant in 2018. In January 2019, the rapper was once again arrested in Paris after being accused of rape but was released from custody with no charges.

As for his relationships, Chris Brown briefly dated model Karrueche Tran. He also has a daughter, Royalty, with Nia Guzman.

Finally, the artist is known for his charity work. He donated $50.000 to St. Jude Research Hospital for Children. The tour Up Close & Personal profits helped fund the donation. He also founded the Symphonic Love Foundation, meant to help children learn about art, from handcrafting and cooking all the way to graffiti, according to the artist.

Chris Brown: What Is He Up to Now?

As of 2019, Chris Brown’s career seems to be on an upward spiral. The artist released a new album, Indigo, which includes collaborations with names like Justin Bieber, Drake, Nicki Minaj, and G-Eazy. This following a new deal with his longtime label RCA Records, which made Brown one of the youngest artists of all-time to own his masters. He is also scheduled to go on a US tour to promote the release. All in all, if he can stay away from troubles with the law, the Chris Brown net worth can only keep growing from this point on.

What Is Chris Pratt’s Net Worth?
Previous Post: « Neurosurgeon Salary: How Much Do Medical Professionals Earn?
Next Post: How Much Is John Cena Worth? We Investigate »