As lead singer of The Supremes, Diana Ross rose to stardom in the 60’s. Throughout her career she featured counteless songs, appeared in almost a dozen of movies and signed the soundtrack of some iconic movies. As such, Diana Ross net worth valued at $160 million, makes her one the most illustrious recording artists.

So how did she manage to attain such wealth? We’ll let’s take a look at how she rose to such fame. 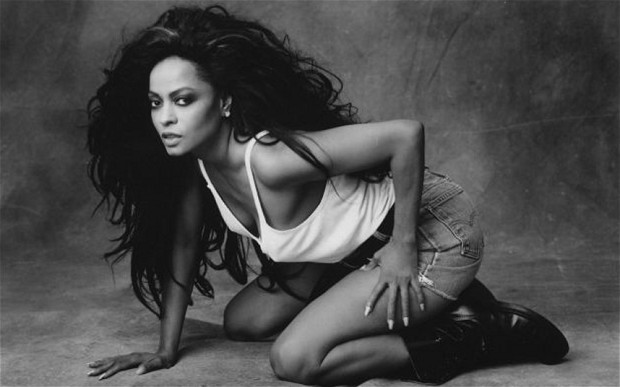 “In my life I want to keep moving forward, but sometimes reflection is a good thing.”

Born Diane Ernestine Earle Ross, on the 26th of March 1944, Detroit, she started her career as a singer in the gospel choir of a Baptist church.

Her rise to stardom began when together with a group of friends, Mary Wilson, Florence Ballard and Barbara Martin, formed a group in their teenage years called ‘The Primettes’. While Barbara Martin dropped out, the remaining three members went on to form one of the most highly critically acclaimed group: ‘The Supremes’ which later on has been renamed “Diana Ross and The Supremes”

They achieved international success during the 60’s, performing R&B and pop music. Having been signed to Motown Records by the famous record producer and company founder, Barry Gordy Jr, they scored their first no.1 hit in 1964. ‘Where Did Our Love Go?’ was just the first in a long-series of no.1 hits, followed by another 11 hits melting the charts.

After leaving the group for a solo career in 1969, she continued to remain a powerhouse in the genre, with hits such as ‘Reach Out and Touch Somebody’s Hand’ and ‘Ain’t No Mountain High Enough’.

Diana Ross didn’t only make a name for herself in the music industry. Soon she began tackling projects in the movie industry too. In 1972 she was casted in Billie Holiday’s biopic ‘Lady Sings the Blues’ for which she received an Oscar nomination for Best Actress for her performance. She did however landed a major win in the Golden Globe ceremony, where she won the Golden Globe for Best Actress, for her 1972 debut performance.

She continued landing parts in 1975’s ‘The Mahogany’, co-starring Billy Dee Williams and Anthony Perkins, as well as the classic tale adaptation of Oz, in the 1978 rendition ‘The Wiz’.

Some of her most famous hits are:

Diana Ross Net Worth Over the Years

The year 1973 didn’t only witness her acting debut, but also her first nominations at the Academy Awards and Golden Globe Ceremony, for her role in the movie ‘Lady Sings the Blues’. Although she lost the Oscar to Liza Minelli’s performance in ‘Cabaret’, Ross did manage however to take home the Golden Globe for her role as Billie Holliday.

Throughout her career, Diana Ross won several major awards such as the Golden Globe, Tony and American Music Award. She was also inducted into the Rock’n’Roll Hall of Fame in 1988 as part of The Supremes.

Diana Ross also produced a couple of television movies, in which she also starred. First was ‘Out of Darkness’ in 1994, followed by ‘Double Platinum’ in 1999.

In addition to her illustrious career, Diana Ross was involved in many charities over the years. Some of the most notable causes she supports are AIDS&HIV, Parkinson and Veteran/Service Member Support.

Quick Facts about the ‘Queen of Motown’

So there you have it. Diana Ross’s career set up the bar for R&B and pop artists alike. Multi-talented in both singing and acting made her one of the most iconic stars in pop culture.

I hope you enjoyed our article on Diana Ross net worth, and wish it was most knowledgeable. For more information on stars related net worth please visit our Entertainment & Art section.

How Much Is Eminem Worth?
Previous Post: « What Is the Hardest Game Ever Played?
Next Post: What Is Botox for the Hair and What Is It Good for? »