The Shaquille O’Neal name has been associated with success ever since the star embarked on his fruitful basketball career. In retirement, however, Shaq has taken things even further thanks to his great business sense and love for the spotlight. With plenty of brand endorsements under his belt and appearances in film and television, the former NBA player is bigger than ever. So what is Shaq’s net worth in 2019? The number may surprise you. 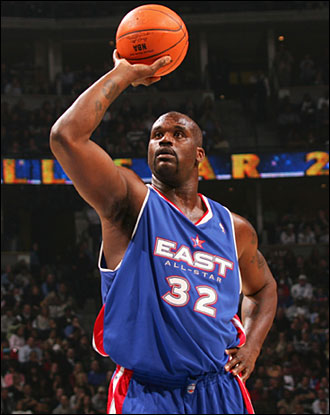 Born on March 6, 1972, Shaquille Rashaun O’Neal was a professional basketball player. He is now an analyst on Inside the NBA, a show that runs on TNT. Besides, Shaq has released four rap albums, with the first of them going platinum. He is no stranger to acting either, having starred in various movies and even two reality shows, Shaq Vs. and Shaq’s Big Challenge. All these achievements have definitely contributed to his fortune. So what is Shaq’s net worth? First, let’s chronicle the star’s quick rise to fame.

Among the heaviest players in the NBA, Shaquille O’Neal is 7.1 feet tall and weighs 325 pounds. His NBA career lasted nineteen years. He debuted as an Orlando Magic player but moved to the Los Angeles Lakers in 1996. Next up, he played for Miami Heat, Phoenix Suns, Cleveland Cavaliers, and Boston Celtics.

Shaq’s NBA career brought him a wide range of awards. He was NBA champion four times, NBA All-star fifteen times, and even earned the NBA MVP title. He also received the USA Basketball Male Athlete of the Year award in 1994. Shaq was drafted by the NBA for the first time in 1992. This prompted his move to Orlando. His rookie season was a roaring success – he scored an average of 23.4 points from 56.2% shootings. In 1993, he received the title of NBA Rookie of the Year.

His second season witnessed scoring improvements in Shaq’s game. However, his NBA career didn’t come without costs. During the 1995 to 1996 season, O’Neal suffered various injuries and had to miss 28 games. In 1996, he switched teams and joined the Los Angeles Lakers, signing a seven-year contract for $121 million. Scrutinized by the media, O’Neal stated several times that he hadn’t chosen the team for the money. He was again forced to miss games because of injuries but averaged 26.2 points.

O’Neal was voted the MVP for the 1999/2000 season, lacking only one vote to become the first unanimous winner in the history of NBA. The beginning of 2002 witnessed Shaq getting involved in a brawl during a game with the Chicago Bulls. O’Neil punched Brad Miller, center, after a foul play that had prevented a basket. The brawl involved several players, including Charles Oakley. Fined $15,000, Shaq received a three-game suspension.

Between 2002 and 2003, O’Neal missed a dozen games while recovering from toe surgery. In 2004, after he was denied a pay raise, O’Neal moved camp and was traded to Miami Heat for Brian Grant, Lamar Odom, and Caron Butler. Miami Heat did manage to exceed expectations in the 2004/2005 season with 59 wins. Shaq attended 73 games and averaged 22.9 points.

The 2006/2007 season brought more injuries. This time, he had to miss 35 games because of an injury suffered to his left knee. O’Neal’s absence was felt by Miami Heat; however, the team re-established itself after his return, winning seven out of eight games.

The following season was marked by a downfall in the NBA’s player’s career, with low points, blocks, rebounds, and several fouls. Shaq was acquired by the Phoenix Suns in February 2008, traded for Marcus Banks and Shawn Marion. Only one year later he was traded again, this time to Cleveland Cavaliers in exchange of Ben Wallace, Sasha Pavlovic, and an additional $500,000. His NBA success started to falter and it wasn’t long before he became the oldest active player in the NBA.

From 2010 to 2011, Shaq played for Boston Celtics, signing a two-year contract for $2.8 million. In 2011, on June 1, O’Neal was announcing his retirement on social media. He took the time to thank fans to his nineteen-year-old career before the official press conference. When asking yourself What is Shaq’s net worth?, it’s important to keep in mind that his NBA earnings are what kick-started his incredible fortune. 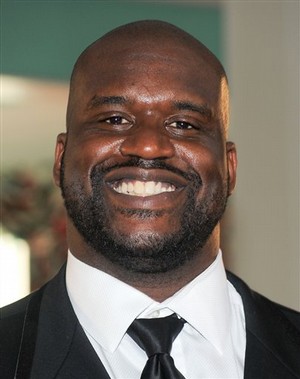 Shaquille O’Neal’s passion for music emerged in 1993, when he started composing rap tunes. Over time, he released five albums and one compilation. His musical efforts were not met with great critical acclaim. However, O’Neal’s first record went platinum and he was a guest rapper on Michael Jackson’s 2 Bad. Shaq was also featured on the hit single That’s How I Beat Shaq from Aaron in 2001. He is currently still dabbling with EDM music as DJ Diesel – with tours and events that significantly contribute a huge chunk to the final tally of what is Shaq’s net worth.

On the TV front, Shaq appeared in Curb your Enthusiasm, produced by Larry David, who also created Seinfeld and made Julia Louis-Dreyfus a household name. The NBA player acted in The Parkers and My Wife and Kids as well. Furthermore, Shaq appeared in various music videos – more notably alongside P. Diddy in Bad Boys for Life and Owl City in Vanilla Twilight.

Despite hoping to receive a role in the second movie of the X-Men series, Shaq didn’t get any feedback from the producers. Instead, he lent his voice to animated characters in Static Shock, Johnny Bravo (in the episode Back on Shaq), Uncle Grandpa, and The Lego Movie.

As expected, we can’t possibly answer What is Shaq’s net worth? without mentioning his box-office endeavors. Shaquille O’Neal had roles in Freddy Got Fingered, Scary Movie 4, The House Bunny, Jack and Jill, Grown Ups 2, and Blended, to only name a few.

Shaq appeared in several TV commercials for plenty of brands, including Pepsi, Reebok, Nestle, IcyHot, and Gold Bond. Wanting to make his money work for him, he became an active bond investor at the beginning of the ‘90s. He strived to become a real estate entrepreneur and tried to expand his business in Orlando. Shaq also invested in startups like Loyale3 Holdings, a tech company based in San Francisco. The brokerage firm enables small investors to buy a piece of an IPO from bigger companies. Crunching the numbers to figure out what is Shaq’s net worth, it’s clear that his many business investments bring in plenty of cash year after year.

With a Muslim stepfather and a Baptist mother, Shaq O’Neal describes himself as Jewish, Muslim, Buddhist, and everything else, since he considers himself a people person. In 2002, Shaq got married to Shaunie Nelson. The two have four children. His eldest, Shareef, has been spotted playing basketball in high school. It is said he has a different playing style than his father.

O’Neal has two other children from previous relationships, a boy called Miles and a girl named Taheara. O’Neal and Shaunie got a divorce in 2009, invoking irreconcilable differences. Since 2014, Shaq has been dating model Laticia Rolle.

So What Is Shaq’s Net Worth?

Thanks to his many projects over the years, Shaquille O’Neal managed to build an impressive fortune. In 2019, his net worth is estimated at $400 million. Despite being retired from basketball, the star earns around $60 million per year from endorsements and various business-related activities.

One of the wealthiest persons in the sports world, O’Neal also deserves kudos for his investments, which include Google, General Electric, Apple, and real estate holdings. He is also on the Board of Directors of Papa Johns, a position that should earn him $8.25 million in salary and stock over three years. Besides, he is the general manager of Kings Guard Gaming of the NBA 2K League, owns the restaurant Big Chicken, and hosts The Big Podcast with Shaq.

Shaq is currently a sports analyst on Inside the NBA and keeps collaborating with various brands ranging from The General Automotive insurance to ZYPPAH, which makes apnea masks meant to help people stop snoring, to Krispy Kreme. He will likely continue to appear in commercials and perform gigs as DJ Diesel.

Moreover, he has a docu-series in the works, Shaq Life, which will take viewers inside the NBA icon’s circle as he sets off on an international DJ tour. All in all, the star is showing no signs of slowing down. And with such impressive net worth, no one can really blame him for striving to achieve even more worldwide success.

How Much is Mac Miller Worth?
Previous Post: « How Much Is Steve Harvey Worth? Let’s Crunch the Numbers!
Next Post: Who Invented The Microscope? Some Interesting Facts To Know »