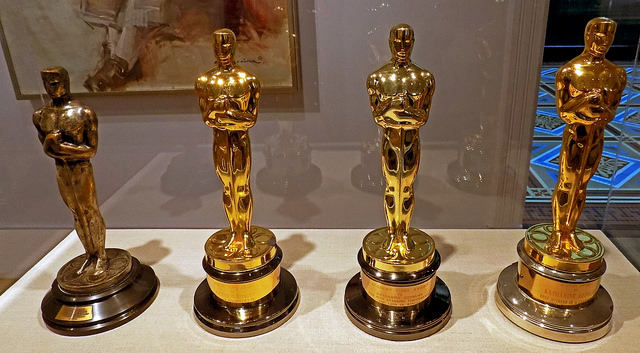 The annual Academy Awards ceremony is one of the most anticipated events of the year. The entire nation and beyond tunes in to watch the ceremony and speak about the results.

The Academy Awards, hosted by the Academy of Motion Picture Arts and Sciences, is a star-studded event that aims is to award its set of 24 awards, or Oscars, in recognition of “cinematic achievement”.

The importance of the Academy Awards is grounded on the idea that it is a reflection of the identities and interests of the American nation. It represents the American gold Standard.

The honor is hard to achieve and only eight sequels have ever been nominated with only two ever winning the Academy Award for Best Picture.

What is the Significance of an Oscar Win?

The Oscars was originally intended to celebrate the greatest works of art for the year that it occurs. The Oscar for Best Picture is usually left as the last award to be presented and is considered the most prestigious honor of the Academy Awards ceremony.

The Academy Awards is often a platform that goes beyond the selection of the best works of art. In fact, the winners for Best Picture are a lot of the time not the best works of art, but rather, a matter of what which films best speak to the current societal issues are most important during the time the awards show.

The Oscars have become an arena on which issues such as racism, diversity, LGBTIQ issues, and others are given a voice, or rather, are expected to be given a voice. Films that are nominated are often a result of how the Academy wants to present themselves. Recent examples of this are the nominations of films such as “Moonlight”, “La La Land”, and “Hidden Figures”.

The Oscars has become something we view as a “cultural figurehead”. Because of this we expect more from the Oscars than the lack of nominations for films directed by women or people of color. There is also a lack of consistency for the nomination of films that deal with queer subjects.

So, what does it mean to win an Oscar?

It means that you have produced the film the Academy if proudest of having been produced in Hollywood.

The Sequel that Won it All

The difficulty of winning the Oscar for Best Picture is unquestionable. Especially with when considering the above often abstract standards held by the Academy.

Sequels have an even harder time. There have only been two sequels that have ever won an Academy Award for Best Picture – The Godfather Part II and The Lord of the Rings: The Return of the King.

So, what was the first sequel to win an Oscar for Best Picture?

The Godfather Part II is an American crime film released in 1974 and directed by the famous Francis Ford Coppola. The film starred both Al Pacino and Robert De Niro and acted as both a prequel and sequel to the 1972 film Godfather.

How did The Godfather II end up being the first sequel to not just win one, but six, Oscars?

The 1970s marked the peak of Coppola’s career with his film The Conversation also in line for Best Picture. It was impossible to ignore his genius as a director. The atmosphere within the Academy might have also helped the film win its awards as it was very “anti-Hollywood” at the time.

This is the perfect example of the Academy’s long history of choosing films based on more than just a film’s artistic merits.

What Can We Learn from the First Sequel that Won Best Picture?

Today’s political and social climates are sensitive and charged with the many cultural and humanitarian issues surrounding us.

The Godfather II dealt with many cultural issues but was also released during a time in which the nation was experiencing a lot of change.

We can learn to support those directors and films which represent our voices as individual’s and start affecting the opinions of those who choose which cinematic features should stand above the rest.

What was the first sequel to win the Oscar for Best Picture?

The one that represented the interests of the Academy.

How will we contribute to the future of Hollywood?

What Is the Longest Running Scripted Primetime TV Show of All Time?

What is Alec Baldwin Net Worth in 2018?
Previous Post: « What’s the Primary Difference Between Bluetooth 4.0 and 4.1?
Next Post: What Was the First American College to Become Coeducational? »