While using baked goods to escape from prison sounds like a hilarious joke only seen on the big screen or pages of an adventurous piece of fiction, there have actually been many recorded cases throughout history of inmates sneaking weapons into prison disguised within a cake.

Along with the other cliché tactics of transforming bedding into a makeshift ladder and digging a tunnel to freedom with a single spoon, many real-life prisoners have tried to fly the coop by being delivered contraband baked inside a delicious treat. More than just your average file, escapees have received baked goods with guns, handsaws, and even welding electrodes hidden inside as their top secret ingredients. 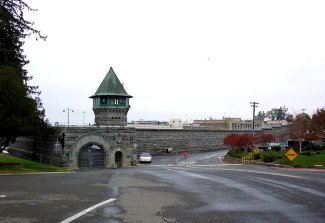 According to compiled accounts of criminal biographies published in the United Kingdom in 1804, the first recorded incident of an inmate using baked goods as a backhanded means for achieving freedom was attempted by William Blewitt, a notorious gang member with a reputation for picking pockets and breaking into houses.

After being sentenced to a minimum of seven years in prison, Blewitt was placed onboard a prison ship in the Thames River to be transported to Australia. While awaiting the departure for the Land Down Under, Bewitt noticed several of his fellow felons had received files baked into gingerbread cakes. In the ultimate tattle-tale, William Blewitt warned the prison authorities of the planned escape and was pardoned immediately as a reward for his good deed.

On January 14, 1909, the Los Angeles Times reported that F.J Humely was arrested for forgery and incarcerated to await his trial appearance. During his stay in jail, Humely was delivered one chocolate cake and one vanilla cake.

Unlucky for him, Sheriff Hammel intercepted both of his abnormally heavy special deliveries. With a little digging through the icing, the Sheriff discovered half of a 38-caliber revolver embedded into each of the cakes. Humely apparently aspired to threatening the guards to give him their keys and sailing to Mexico with his accomplice, R.E. Watson. Eventually, Humely was sentenced to a minimum of seven years within Folsom State Prison and unable to achieve his dreams in the opium trade.

Many other escapees had much better luck in their efforts though. In 1899, four prisoners in Frederick County, Maryland were able to escape from their cells with handsaws that were buried deep in pies. In 1914, the wife of a convicted felon named C.J. Wilderman in New Jersey personally delivered a mince pie to her husband loaded with two saws to assist him and his two cellmates with breaking free. Just a couple days before Tommy O’Connor was set to face the death penalty by hanging, he showed his luck by escaping the Cook County Jail in Chicago with a gun and bullets smuggled into the premises through cake in 1921.

As one of the more well-known and dramatic cases of escape by cake, Eamon de Valera facilitated a successful prison break in 1916 after being incarcerated for his leadership role in the Easter Rising in Ireland against the British government. While participating in a mass service, de Valera stole the chaplain’s master key for the prison and created a wax impression with candles melted by his own body heat. After sending a copy of the impression to his friends on the outside, they were able to build a metal key and send it to de Valera wrapped inside a cake. It may have taken two attempts, but eventually the Irish militant possessed a perfect metal key replica that could be used to pass through any door in the facility. Interestingly enough, Eamon de Valera went on to be elected as the third President of Ireland and served from 1959 to 1973.

How Long Does It Take to Become a Dental Hygienist? + Infographic

What Happens When you Die? Afterlife in Different Cultures
Previous Post: « What Happened to the Great Ancient Library of Alexandria?
Next Post: Does Checking Your Credit Score Lower It? »