With Thanksgiving just around the corner, cooking novices are all asking themselves the same question: how long does it take to cook a turkey? We couldn’t answer this question without mentioning that the cooking time for a turkey needs to factor in various things. For examples, it’s a no-brainer that an unstuffed 8-pound bird will cook much faster than a stuffed 24-pound turkey. Depending on what you’re planning to serve your guests and how many people are coming over to check your cooking skills, you’ll have to keep your turkey in the oven anywhere from 2 hours to 6 hours and a half. But don’t feel daunted just yet. We’ll walk you through the steps of achieving the perfect, juicy turkey to impress your family and friends. 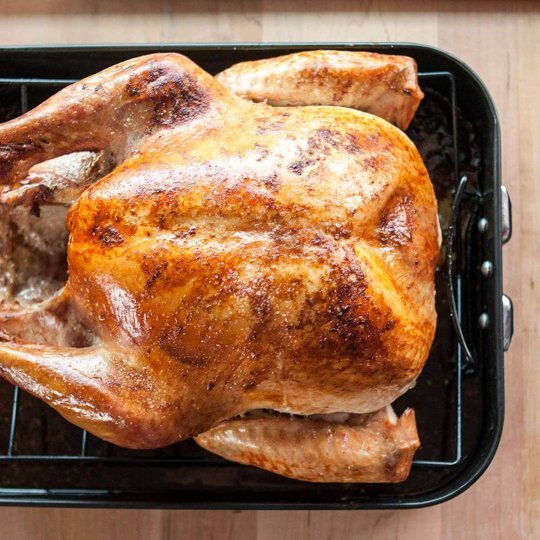 How long does it take to cook a turkey breast?

Cooking turkey breast is a whole different affair than cooking a whole turkey. If you don’t want to maneuver a heavy, 20lb turkey, you’ll feel relieved to hear you don’t have to, even if you’re expecting 6 hungry people over for Thanksgiving dinner. Whether you feel you don’t have enough experience or sufficient spare time on your heads to deal with a whole turkey, or if you simply want to avoid having too many leftovers that would end up in the trash, turkey breast is the way to go. The best part about cooking turkey breast is that it’s fuss-free. This translates to no basting or flipping. There are a few other reasons that back up the idea of cooking turkey breast. If you’re a bit overwhelmed by too many guests and you see no point in wasting time on a second turkey, cooking just the breast will prove to be a time saver. Turkey breast makes for excellent trial runs. Want to bust out that new set of spices you received on your birthday but you’re too scared to ruin a whole bird? Experiment with turkey breast in order to minimize damages.

To get a savory final result, buy a turkey breast with skin and bones. If you’re cooking for two to four guests, you can choose a small half breast that doesn’t exceed three pounds. If you’ve also invited your significant other’s family and you’re looking at a guest list of eight people, choose a heavier turkey breast. 7 pounds of meat will be enough, and you’ll still have plenty drippings and leftovers. You can only cook thawed turkey breast, so make sure to allow it at least a day in the fridge to completely thaw. If you want to stuff the turkey, you’ll want to keep the fresh wet ingredients separated from the dry ones in the refrigerator up until the last second.

How long does a 20-pound turkey take to cook?

USDA recommendations suggest stuffing be cooked outside of the turkey, for safety reasons. Cooking a stuffed turkey does not only take longer, it also exposes you to eating an undercooked stuffing, which could be contaminated with bacteria. If you choose to cook a stuffed turkey that is over 20 pounds, you’re looking at 5 hours of roasting in the oven. However, this is just a general indication of how much you’ll have to wait for your bird to be cooked to perfection. The real test to check if the turkey is done implies using a meat thermometer, which will help you measure doneness. It’s safe to take the bird out of the oven when the thermometer shows 165°F inside the bird. If you’re cooking an unstuffed turkey, you’ll want to measure the temperature in the thigh. If the numbers look good, you can go ahead and take the masterpiece out on the serving plate. But you might want to wait a little before carving the meat. 30 minutes will be enough to give the juices the needed time to be re-absorbed in the meat. 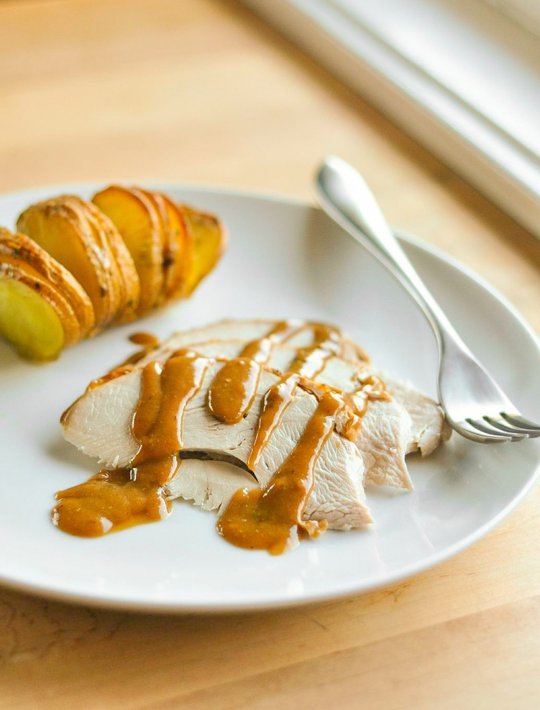 Rolling up your sleeves to cook a 15lb turkey (or roughly 7kg of meat) is not rocket science, however, you should be wondering about other things besides how long does it take to cook a turkey? It’s worth keeping in mind a few tips and tricks. Feel free to take notes on our following recommendations if you want to achieve a crispy, juicy turkey without too much hassle.

Can Lack of Sleep Affect Cognitive Thinking?
Previous Post: « How to Take Blood Pressure Manually: A Step-by-Step Guide
Next Post: What Are the Top Health Benefits of Chia Seeds? »