While some people think malt liquor and beer are pretty much the same thing, if you were to say this to a beer enthusiast, he or she would probably start a very long rant. For the people who have tasted both, one sip is enough to confirm the fact that malt liquor and beer have considerably different flavors. This is why they appeal to distinct taste buds. However, there are other differences between these two popular alcoholic drinks as well. In today’s guide, we’re going to look at malt liquor vs. beer and see what makes them so different. 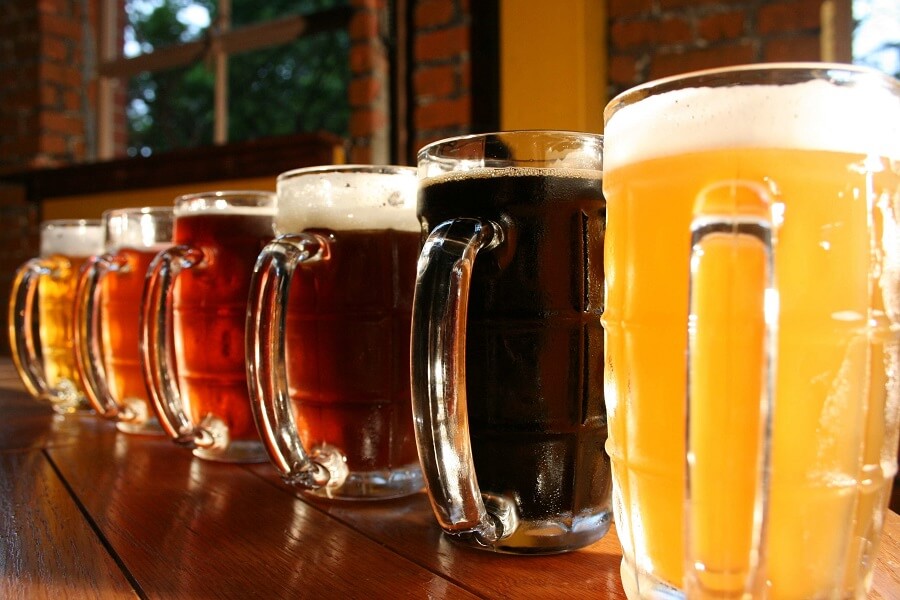 The most obvious difference between malt liquor and beer is the taste. So, we thought we’d start with this particular characteristic. Beer contains mildly bitter flavors that combine for a smooth taste. This is not the case with malt liquor. Since it’s created with the sweetened flavors of corn, rice, and dextrose, malt liquor is known for its sweet taste that contains just a hint of spice and a strong alcohol flavor.

With origins going back to some French monks in the 1600s, beer usually consists of 4 main ingredients: barley, hops, brewer’s yeast, and just plain water. Using these raw materials, breweries mix and ferment the drink until it forms its characteristic bubbles.

Also in the 1600s, but a bit later, malt liquor came to be known in England as a fermented alcoholic beverage. Malt liquor is created from the same key ingredients as beer, but the recipe includes some additional ingredients, such as corn, dextrose, and rice.

In case you didn’t know, malt liquor is successful at helping people start to feel a buzz much quicker than beer. This is partly due to the fermentation process. This differs between the two alcoholic drinks. While we’ve already established that both beer and malt liquor are produced with yeast, the types of brewer’s yeast is what makes a difference during fermentation.

First of all, you should know that due to the fact that it’s sold in larger bottles, malt liquor is less expensive than beer. Malt liquor is packaged in bottles that are typically 40-ounces, whereas beer is distributed mostly in bottles that are 12-ounces. Because of this distinction, historically, malt liquor has been more commonly associated with the lower socioeconomic segments of the population. In the epic battle of malt liquor vs. beer, some prefer malt liquor for its much cheaper price, while some consider it to be the inferior cousin of beer.

We hope we managed to provide you with a comprehensive guide to the main differences you should be aware of when it comes to malt liquor vs. beer. Despite these very noticeable differences, it’s also important to realize that these alcoholic drinks have a lot of things in common as well. After all, brewers produce them from many of the same exact base ingredients that we all know and love. Only within the subtle changes in the fermentation process and secondary ingredients do the differences between malt liquor and beer become more evident.

What Are The Health Benefits of Chai Tea?
Previous Post: « Why Are Democrats Represented as Donkeys and Republicans as Elephants?
Next Post: What is Diplomatic Immunity and Who Gets It? »