It seems like nearly every guide to giving gifts for men includes cufflinks somewhere on the list. But they never answer the most important questions: What are cufflinks, and when should you wear them, anyway? As a woman, I may never put on a pair of cufflinks myself — but I’d still like to know more about them so I can steer the men in my life in the right direction. Plus, maybe they really do make great gifts.

As it turns out, cufflinks do precisely what they sound like: secure the cuffs of a shirt in place. Although they’re considered jewelry, their function is practical as well as decorative. They’re usually worn with business and formal wear.

However, there’s more to the world of cufflinks than just these basics. I took a deep dive to find out everything I could about men’s styling with cufflinks — here’s what I learned.

OK, so we know that cufflinks can fasten the cuffs of a dress shirt closed. But what are cufflinks, how exactly do they work, and where do they come from?

The predecessor to cufflinks was actually the strings men used to tie together the sleeves of their shirts in the 1500s. Fancy, decorative cuffs were fashionable at the time, but men had started to realize that they weren’t very practical unless tied down in some way.

By the 1600s, the impractical ribbon ties had started to give way to easy-to-use sleeve buttons. Those buttons often sported fancy designs, sometimes with entire paintings in miniature on each one.

Of course, they were only accessible to the upper class, who had the luxury of investing in fashion. Royalty would even have commemorative cufflinks made for special occasions.

These buttons were first made of glass, then jewels like diamonds. Some attribute their widespread popularity to Alexandre Dumas, the famous French writer. A character in his 1844 novel “The Count of Monte Cristo” wore large diamond cufflinks. After it was published, interest in wearing cufflinks spiked.

However, they didn’t become popular among working-class men until the Industrial Revolution spread around the world. Modern manufacturing techniques made things like cufflinks much more affordable. Suddenly, even men who weren’t rich could go out and buy them, instead of watching the upper class and wondering “What are cufflinks?”

These modern versions became simpler, often made of metal rather than jewels. However, they were still made using creative designs of all sorts, reflecting the style of the times. For example, in the 1920s, Art Deco cufflinks became popular.

If Shirts Have Buttons, Why Use Cufflinks? 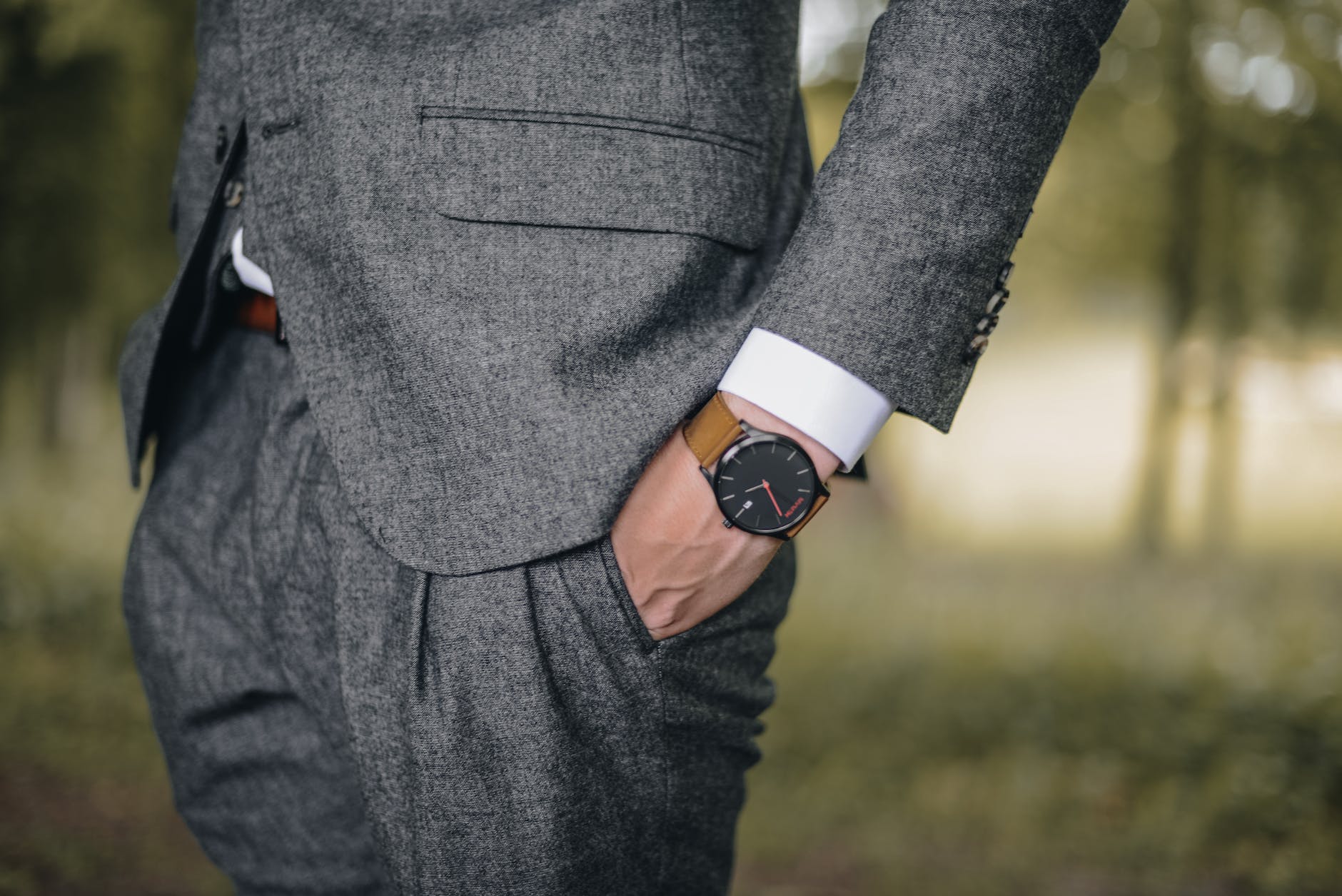 Over time, retailers who mass-produced shirts realized that people wanted an easy way to fasten them without jewelry. Today, almost all dress shirts have buttons on the cuffs. We know the answer to “What are cufflinks?” now, but why do they still exist?

Basically, cufflinks offer a fancier alternative to buttons. Instead of using a simple, mass-produced plastic button, cufflinks make a statement with a dash of shine and personality.

Today, we generally reserve cufflinks for formal occasions like weddings. If you work in an old-fashioned office and wear a suit every day, cufflinks also might be part of your daily work wear. And anytime you’re going to a black tie or white tie event; cufflinks are a must (more on those later).

However, you can technically wear cufflinks with any shirt that has cuff buttons. Some men choose to make a fashion statement by wearing cufflinks where they’re not expected.

When researching “What are cufflinks?” I also found a lot of information about studs. Studs are a similar men’s jewelry item, but they aren’t the same thing.

Cufflinks are only used on a shirt’s sleeves, while studs can replace the buttons on the front of a tuxedo shirt. Wearing cufflinks creates a formal or semi-formal look, but adding studs makes it even fancier.

How to Wear Cufflinks

Knowing how to answer “What are cufflinks?” doesn’t help much when it’s time to actually put them on. These accessories take a little finesse to wear.

First, look for shirts designed for wearing with cufflinks (more on those in a bit). You can also take your existing dress shirts to a tailor and have the buttons removed so you can add cufflinks.

Now, it’s time to put your cufflinks on. Basically, they work by going through the holes on each piece of the cuff, then fitting together to keep the cuff closed. Cufflinks typically have a decorative “top” or “head” part, a post to fit through the holes, and then a hinged toggle end to keep the whole thing in place.

You’ll slide the post of the cufflink through the sleeve’s holes, with the hinged part closed so that the base forms a straight line. Then, you can move the hinged end to its “open” position to secure the sleeve. Once your cufflinks are on, only the decorative top part will be visible.

Stud-style cufflinks are also popular. These have two parts: a back piece and the decorative front piece. You’ll fit the two pieces together on either side of the sleeve.

There are also a few other styles of cufflinks, but these two are the most common. Each of them can be a bit difficult to put on, so it’s a good idea to practice before the day you plan to wear them. 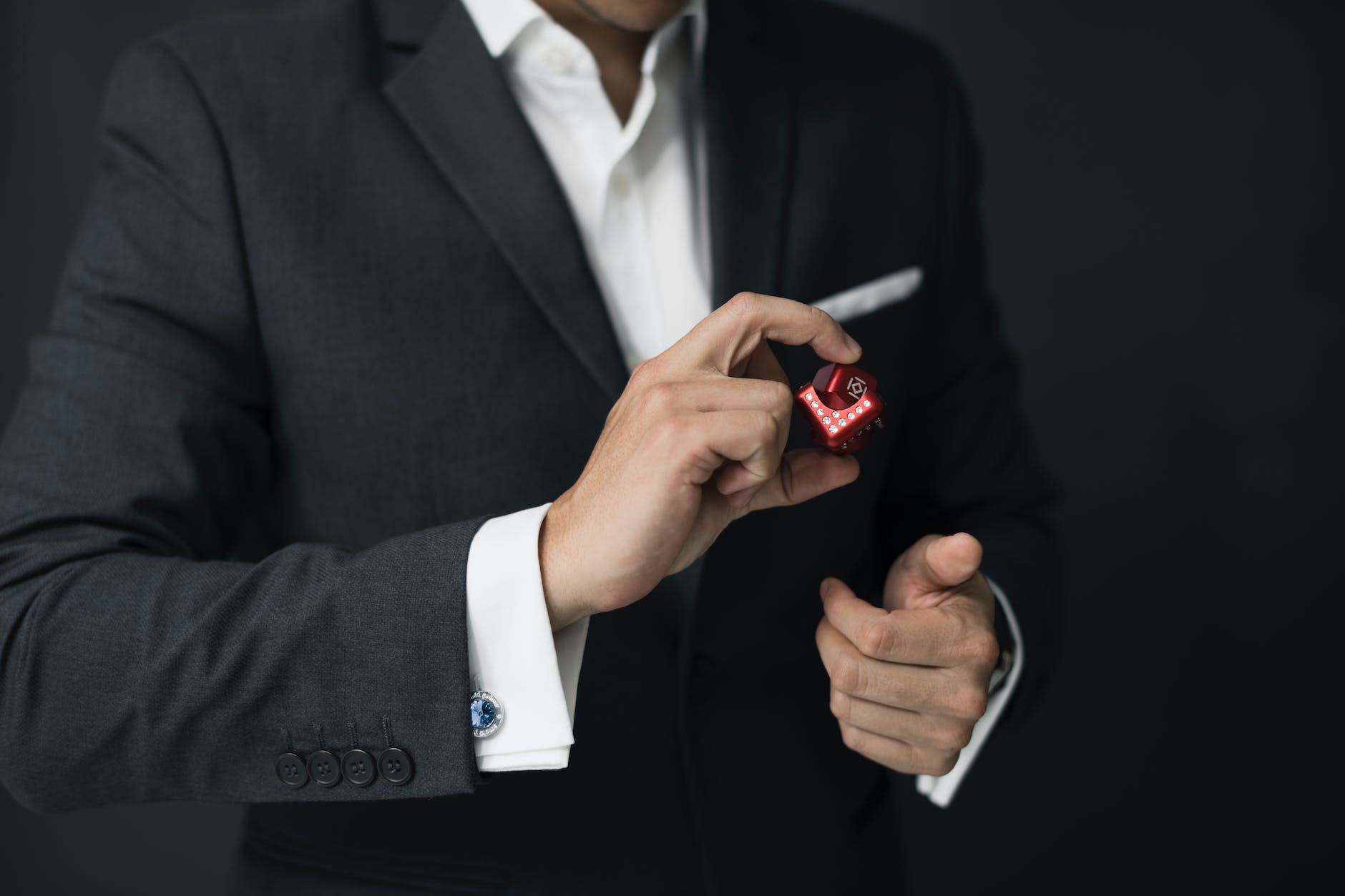 Cufflinks aren’t just something you throw on with any old shirt. To wear them well, you’ll need some styling knowledge. (As a woman searching for the answer to “What are cufflinks?” these tips will help you make sure the men in your life wear them right!)

Here are the shirts to style with cufflinks, and a few styling ideas for different events.

When deciding which shirts to buy or have tailored, you’ll want to look for a couple of main styles that pair well with cufflinks.

First, there’s the button-cuff option. These shirts aren’t super formal, and they come with buttons attached that you’ll need to remove. This is your basic men’s dress shirt, worn for work and business-casual occasions.

However, men traditionally wear cufflinks with a French cuff shirt (sometimes called a double cuff shirt). This super-formal style has long cuffs that you’ll fold back for a layered look. Cufflinks hold the layers together.

French cuff shirts don’t have buttons, but they do already have holes for your cufflinks. They give a very traditional look that most people reserve for special occasions.

The events to wear cufflinks to 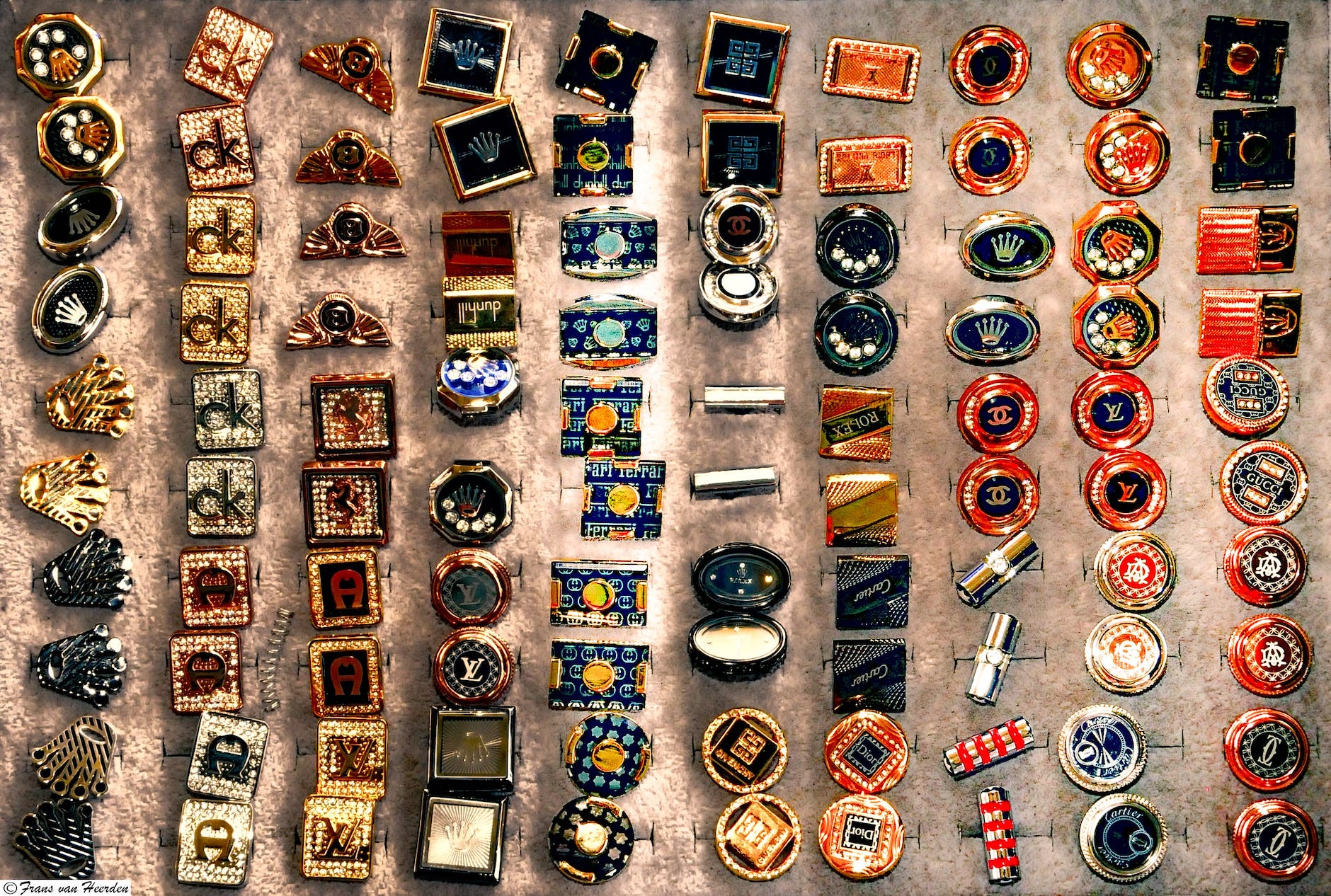 Now, let’s take a look at some of the places where it makes sense to wear cufflinks, and how to style the right look for each one.

Only the most formal work environments require cufflinks. However, even in workplaces that don’t require them, some men may choose to wear them to make a good impression.

​Cufflinks let you add personality to your work clothes in subtle, office-appropriate ways. Most cufflinks are easy to pair with a basic white dress shirt. But if you want to wear them with a colored dress shirt, you’ll need to take a bit more care to make sure your cufflinks don’t clash with the color.

​Cufflinks in black, white, or metallic colors are easy to pair with just about any dress shirt for work.

If the invitation says “black tie” is the dress code, cufflinks may not be required, but they are a good choice.

​Pick a sleek, simple design in a classic color, like these in onyx and mother-of-pearl. While your work cufflinks might show more personality, your formal cufflinks should be classy and subtle — although they can still have stylish, interesting designs. Many high-fashion designers make logo cufflinks that look great with formal wear, for example.

White tie is the most formal evening dress code in the Western world. These invitations are rare, but if you get one, you’ll want to make sure cufflinks are part of your look.

​For a white tie event, your cufflinks should be the most formal of all. Simple, understated designs with luxe constructions work well. This is an excellent time to try cufflinks made from precious or semi-precious stones, although classic metal is a good choice, too.

Even if the invitation doesn’t specify black tie or white tie, you might opt for cufflinks to special occasions, from weddings to work parties. In these cases, you can choose your cufflinks based on how formal of an impression you want to make. For example, you could wear fun, colorful cufflinks to a friend’s laidback wedding, but save your more conservative styles for a networking event.

​Should You Give Cufflinks as a Gift?

Now that we can all answer “What are cufflinks?” and many other cufflink questions, one more issue remains: Do they really make good gifts for men?

The answer all depends on what sorts of events he has to attend. If you know a man who already wears cufflinks to work regularly, they’ll make an excellent present. They can also be a nice gesture ahead of an exciting or intimidating occasion, like a big job interview. If he doesn’t typically wear cufflinks, you could gift them alongside a nice dress shirt to wear with them.

However, as you can now see, cufflinks are reserved for more formal occasions. If you’re shopping for a man who rarely dresses up, even for work, those cufflinks might just sit in a drawer and collect dust.

What do you think? Would you buy cufflinks as a gift (or, as a man, would you buy them for yourself)? Leave a comment and let us know!

How Long Does It Take To Become A Phlebotomist?

What Are Birthmarks?
Previous Post: « What U.S. President Refused To Use The Telephone While In Office?
Next Post: Podiatry Versus Orthopedic: Which Kind Of Doctor Should You See? »