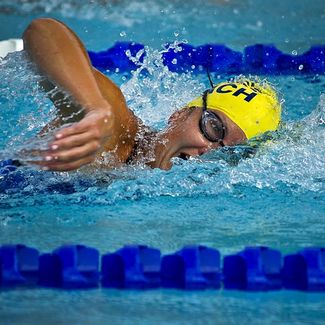 For many decades, children have been given advice about what to do or not to do in order to survive everyday life. They are told things like “an apple a day keeps the doctor away,” “don’t play with sharp objects or you might poke your eye out” and “study hard, get good grades and you will be successful.” Much advice given to children is probably true, but sometimes, it might be more myth or legend.

One of the more interesting pieces of advice given to kids during the summer relates to swimming after they eat. So, here is a valid question. Is it actually necessary to wait half an hour after eating before you go swimming? People have always believed the answer is an emphatic “YES.” After all the evidence is carefully considered, it turns out the answer is really “No.”

Where Did This Myth Begin?
The popular idea that people thought swimming after eating would lead to drowning was based on information from the 1930s, 40s and 50s. During that time, many health experts were promoting the notion that swimming too soon after eating was a major cause of drowning accidents due to severe cramping. Even the Red Cross’ water safety manual provided a picture of a drowning victim in order to support this theory. It turns out the picture was staged.

The Evidence
Then in 1956, University of Georgia swim coach B.W. Gabrielsen published a book called “Facts on Drowning Accidents.” In his book, he refuted this myth with statistical evidence. At that time, only about 1% of the drowning accidents could be attributed to swimming too soon after eating. The truth is that not one case of drowning due to stomach cramps caused by swimming after eating has ever been documented in any study or publication.

The Medical Information
Supporters of this notion led people to believe that the blood supply in the muscles is in short supply after eating as more blood is needed in the stomach to digest food. The stomach does divert blood from the rest of the body, but not in an amount that would cause cramping severe enough to cause a person to not be able to move or breathe. The muscles throughout the body usually retain an adequate amount of blood and oxygen in order to perform normally. Is it possible it could cause cramping? Yes, but never to an extreme extent.

It is probably good advice to not swim immediately after eating just to let your food digest properly. Actually, an individual should try to wait a short while before attempting to do any type of extensive exercising after eating a full meal. The primary reason would be that doing so could upset the stomach a little bit as extra adrenalin is being put into the system. A person could also run the risk of getting tired too quickly due to the shortage of oxygen in the system.

In the final analysis, there really isn’t a viable medical reason to wait 30 minutes after eating before jumping in the pool. If a person does notice a little cramping or starts feeling a little light headed, they just need to get out of the pool and relax a little while.

How to Prevent Morbid Obesity

What Causes Headaches?
Previous Post: « Why Do We Hiccup?
Next Post: How Many Steps In A Mile? »