On Wednesday, legislators analyzed a new version of a bill in Alaska that concerns the criminal aspects of marijuana laws. The bill which was introduced in the Senate Finance Committee on Monday reinstates pot as a controlled substance. Changes to the bill include a very widely defined open container and offences that may be prosecuted as felonies. But, is marijuana legal in Alaska?

The Senate Judiciary Committee passed the bill, which initially removed pot from controlled substances. Bill Wielechowski, a judiciary committee member displayed his concerns regarding the change of the bill in the finance committee. 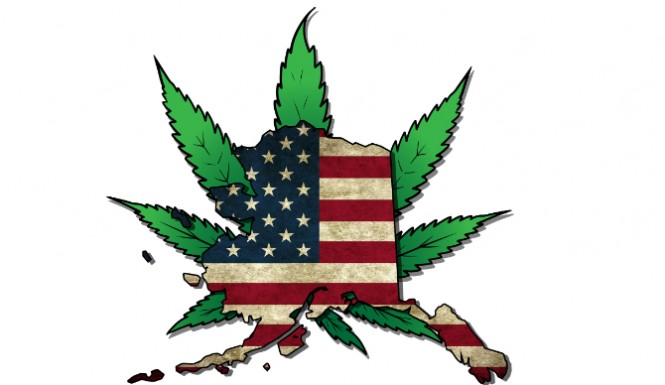 The new bill would change the state law and some crimes regarding the growth and possession of marijuana, such as distinguishing between felonies and misdemeanors based on the amount of marijuana one has. The new bill would also make it illegal for a person to consume marijuana inside a public space and make it a crime to give pot to a minor.

The public testimonies concerning the new bill were very negative. Fay Herald, a resident from Anchorage was only one of the numerous people who have testified in the 3 hour hearing. Herald said that she was very disappointed in the new bill, mostly because it would mean that having 1 pound of marijuana inside one’s house would become a felony. She said that home-growers don’t want to be considered criminals just because they harvested way too much.

Anna MacKinnon, a co-chair in the Senate Finance said that everyone knows that people in Alaska have the right to hold, have and to cultivate marijuana and it’s not their intent to consider home-growers criminals.

“This is the people’s bill and so I’m not sure how it was handled in Judiciary. … We try to work with everybody.” she added in response to the recent criticism.

Any actions done within the extent of the initiative in Alaska would still be legal. However, actions performed outside those lines would be considered crimes.

1. It will be a crime to have 25 or more plants, 1 pound of marijuana or more or give someone who is under 25 years old pot two times in five years.

2. Possession of 2 to 3 ounces, 7 to 11 plants or carrying more than 1 ounce of marijuana will be a class B offense.

3. A class A offense will be: carrying more than six plants or 1 ounce, having more than 3 ounces but less than 16, giving someone who is under 21 years old marijuana, delivering pot for payment or making a concentrate of marijuana with the use of an explosive or volatile gas.

4. It will be a crime to have on you between 1 to 2 ounces of pot, consume marijuana in public, grow pot in public view or on a property without the owner’s consent, consume pot while driving, or have less than 2 ounces of marijuana as a minor.

This new bill would make it possible to reinstate pot as a controlled substance.

MacKinnon said that the Public Defender Agency, the Alaska State Troopers and the Alaska Court System said that removing marijuana from the list of controlled substances would raise problems. She claimed that state agencies have said that its removal would bring in some fatal imperfections.

She also said that the change of one statute to become clearer would mean that another one would become confusing. No states that have made the recreational use of marijuana legal have removed pot from the list of controlled substances. She claimed that keeping marijuana on the list of controlled substances is to some extent because of the federal law. MacKinnon wants Alaska to also respect the structure made by the federal government for other states that have legalized the recreational use of marijuana.

She continued to say that the reason why she wants pot to be kept as a controlled substance is to make sure that people in Alaska acknowledge that it’s still an illegal substance on the federal level.

“No matter what Alaska does, it’s going to be a controlled substance,” MacKinnon said.

Wielechowski said that putting marijuana back on the list of controlled substances is a “slippery slope of philosophy” and if pot continues to be looked at as a controlled substance, therefore a dangerous one, the legislation will be made with a different view. He said that this is the reason why crimes have appeared inside the bill.

The committee of finance is going to hold hearings regarding the new bill every day for this week.

In 2014, on the 4th of November, people in Alaska voted to end the prohibition of marijuana that was ineffective for decades and make marijuana regulated and taxed the way alcohol is. The initiative concerning the legalization of recreational use of marijuana in Alaska went into effect on the 24th of February.

The initiative allows people over 21 years of age to grow up to six pot plants in a secure and private location and possess one ounce of marijuana. Marijuana will be tested, cultivated and sold by taxpaying and licensed businesses instead of criminal ones from the black market, beginning 2016.

After all this, is marijuana legal in Alaska or is there room for debate?

Gucci Mane Net Worth: How Vast Is the Rapper’s Fortune?
Previous Post: « Will the Mayweather vs Pacquiao Fight Be the Biggest Match Ever?
Next Post: How do Celebrities Increase their Net Worth? »