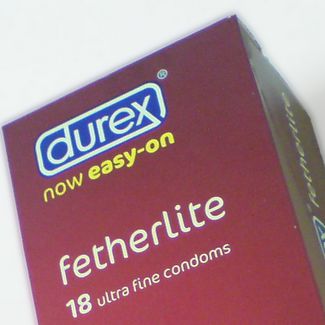 It’s National Condom Month, and that means taking a moment to pay homage to the rubbers that daily save thousands of couples who aren’t ready from the difficulties of pregnancy and childbirth.

The condom is a simple, incredible invention that makes a huge difference in the lives of millions around the globe. Human beings use somewhere around 15 billion condoms a year; that’s a lot of safe sex. They aren’t perfect, but rubbers are far and away the best tool we have for preventing unwanted disease and unplanned pregnancy.

Can you get pregnant with a condom? Yes, it is possible. But it’s not very likely. How effective are condoms at preventing pregnancy? Researchers say the chances of getting pregnant with condom contraceptives are 97 to 98 percent. These are great odds for protecting against unintended pregnancy.

Interpreting ‘Effectiveness’
But what does that statistic—’98 percent effective’—really mean? That 2 to 3 percent of those 15 billion condoms break mid-coitus? That for every 100 couples who make love with a condom, 2 or 3 will get pregnant?

Thankfully, no. Technically, the oft-cited statistic means that, all else being equal, for every 100 women whose male partner uses a condom completely consistently and correctly for a calendar year, two of those women will become pregnant anyway.

This interpretation gives the condom-user better odds than simply having a 2 percent chance of getting pregnant every time you have sex with a condom. The rate is neither ‘per condom’ nor ‘per sex act.’ If it was, even conscientious condom users would be impregnating their partners every few months. In fact, most condom-using couples around the world stay pregnancy-free year-round.

Not-So-Perfect Use
Unfortunately, ‘completely consistent and correct’ usage is easier said than done. The problem is, many people don’t do the right thing every single time. Perfect condom use is 98 percent effective. In the real world, condom effectiveness is more like 84 percent.

There are two different kinds of condom effectiveness statistics: perfect use and typical use. The difference between them is the result of user error or omission—waiting too long or not waiting long enough to put it on, or not leaving space in the tip for the semen, for example. For the best possible odds of preventing pregnancy, you must use condoms just as they were meant to be used.

Personal and Situational Factors
Although 98 percent is the average effectiveness for most people, you might not be like ‘most people.’ Even if you use condoms like a champ and always have a fresh supply, the reality is that the true probability of you achieving pregnancy depends on numerous factors unrelated to condoms or their usage. Many of them are difficult, if not impossible to calculate. In other words, your mileage may vary.

How do you have statistically safe sex? No contraceptive is 100 percent foolproof, but male condoms are far and away the most effective method we have. They are the ticket to sexual health and freedom.

How to Whiten Teeth at Home and what Is the Cheapest Way?

How to Prevent Morbid Obesity
Previous Post: « Can Cats Eat Dog Food?
Next Post: How to Get Rid of Fleas on Cats with Topical and Natural Treatments »