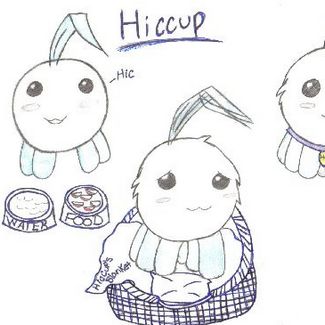 Have you ever experienced the embarrassment that comes with a bad case of the hiccups? Hiccups always seem to appear at the most inopportune time adding to the embarrassment. No matter how hard people try, it is always difficult to suppress that silly sound. As for remedies, there are as many recommendations as there are doctors. All of this leads to one important question; Why do we hiccup?

What is a hiccup?
A hiccup is an involuntary muscle contraction created by the act of breathing in air. The muscles involved center around the diaphragm. When the contraction begins, the diaphragm starts to suck in air that gets trapped by closing vocal cords. The vocal cords only close for about .25 seconds and then release the air which creates that very familiar “hic” sound. The “cup” sound comes from trying to resume normal breathing.

What Causes Hiccups?
Without getting too technical, there are three primary causes of hiccups. The most familiar cause is eating too much or too fast. This causes the stomach to swell irritating the diaphragm which reacts by contracting causing the individual to involuntarily breathe in air. The second cause involves the brain and nerve activity through the digestive area. The neurological problems create the involuntary contractions of the diaphragm which causes a gasping for air. This could explain why emotions and fear cause hiccups. Finally, carbonated drinks and spicy foods are known to irritate the diaphragm which causes the involuntary contraction.

It is very important to note that any type of pathological hiccuping could be the result of a very serious condition or disease. The issue could revolve around the brain, the brain stem, the spinal cord or in the diaphragm. This should be evaluated by a physician at the earliest possible moment.

Other Remedies
From a medical standpoint, there are no known drugs that are consistently effective in the treatment of hiccups. Physicians have recommended antacids, lidocaine, anti-psychotics and even vinegar, but only with limited success on a case by case basis. In severe cases, the cause needs to treated, not the hiccups. The only things that seems to work consistently are the popular home remedies like drinking water while upside down, sugar under the tongue, being frightened or as mentioned above, breathing into a bag.

So, Why do we hiccup? We hiccup because it is an involuntary action that we have very little control over. Not everyone gets the hiccups, but for the people who do, it might be best to just ride out the episode and try not to be too embarrassed.

Productive Ways to Spend Time on the Internet

What is Julia Louis-Dreyfus Net Worth?
Previous Post: « How Many People Survived The Titanic?
Next Post: Is It Actually Necessary To Wait Half An Hour After Eating Before You Go Swimming? »