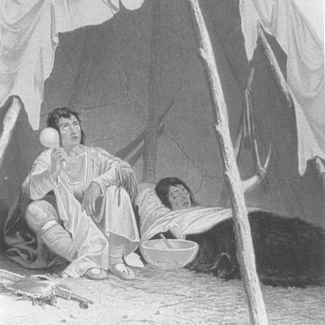 If asked the question, Did Early European Explorers Really Give Native Americans Smallpox-Infected Blankets?, most people would find the question to be ridiculous. However, it may not be so far fetched. Whether is actually happened or not is opened to debate, but there is sufficient evidence to show that the exact act was contemplated as a war tool against Native American Indians.

History of Smallpox
The first known case of the smallpox occurred in 1507 on the island of Hispaniola. This island is known today as Haiti and The Dominican Republic. Many believe it was Spanish Explorer Herman Cortes and 600 soldiers who used the disease to defeat millions of Aztecs in 1520. Smallpox most likely made its way to America via the pilgrims who landed in Massachusetts. By the middle of the 18th century, smallpox had spread clear across the country. Since the disease can live on cloth or in dust for long periods of time, it spread so rapidly that it is credited with wiping out 30% of all the Indians who became infected. Smallpox may have also played a part in the extinction of the Taino of the Bahamas and Greater Antilles.

The Smallpox Plan
In 1763, the British forces were engaged in battle with the Ottawa tribe during Pontiac’s Rebellion. According to documents discovered by Peter d’Errico, a legal studies professor at the University of Massachusetts at Amherst, Lord Jeffrey Amherst, commander of British forces in North America, allegedly sent a letter to Colonel Henry Bouquet. In this letter, he apparently discussed the possibility of inoculating the Indians with smallpox by the use of blankets. This actual letter has ever been discovered, but other correspondence between Amherst and Bouquet certainly indicated the existence of such a letter.

Was the Plan Executed?
The answer to this question is that no one really knows. What is known is that is was possible as there were blankets available at Fort Pitt where the disease had recently been discovered. The other factor that mades such a crazy plan feasible was Amherst’s view of the Native American Indian as something on the level of a dog. He had indicated he thought is was a waste of good men to go after these animals (the Ottawa) and had been looking for ways to eliminate them without risking the lives of his men. He even referenced copying the same methods the Spanish had used to defeat the Aztecs.

So, what is the answer to the question. Did early European explorers really give Native Americans smallpox-infected blankets? The truth is unknown, but their is circumstantial evidence sufficient enough to make a reasonable assertion. The British officer spoke of the possibility of actually doing it, blankets were available, the devious mindset was in place and many Indians died of the disease. It is such a diabolical notion that most people find it incomprehensible. But the fact remains, these were war times and the British soldiers were at war.

Why Do Alarm Clocks Give You 9 Minutes of Snooze Instead of 10?

What is Obamacare, Exactly and What Is It Going to Do for You?

What Is the Purpose of a Cover Letter? Everything You Need to Know

Ontology vs Epistemology: What’s the Difference Between Them?
Previous Post: « Why Does Swiss Cheese Have Holes?
Next Post: Why Were The Pyramids Built? »