Every now and then in the tabloids, you’ll find a news story about a wayward foreign ambassador claiming diplomatic immunity after being caught in an illegal act by officers in the host country.

With the help of these front cover headlines, many people mistakenly believe that diplomatic immunity is similar to the “get out of jail free” card in Monopoly that gives visitors the authority to defy the law whenever they’re overseas. While in some cases it may appear that way, diplomatic immunity is simply intended to smooth the relations between various nations by ensuring that diplomats cannot be criminally charged for violations in the local law.

So What’s the Deal With Diplomatic Immunity? 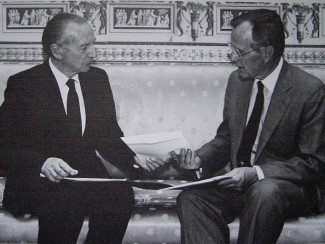 As one of the several forms of legal immunity in the international criminal justice system, diplomatic immunity is a policy implemented to guarantee that diplomats are given safe passage into a host nation and cannot be prosecuted under the foreign country’s laws. Agreed upon at the Vienna Convention of Diplomatic Relations in 1961, diplomatic immunity requires that the receiving nation grants this immunity to diplomats so they can effectively fulfill their duties without fear of arrest.

The only method for how to get diplomatic immunity is by becoming a Foreign Service member within a host country’s embassy, consulate, or international organization. Ambassadors or lower ranked members representing countries on their mission in the United Nations or European Union are also given diplomatic immunity. For all arrestees who claim diplomatic immunity in the United States, the State Department operates a 24-hour hotline for law enforcement officials to confirm that the offender has valid current status as a diplomat. If his or her identity is verified as a diplomat, the officials are required to release them immediately and declare the individual as “persona non grata”, which means the person is no longer welcome. At this point, the diplomat is expected to leave the nation and head home. If the diplomat remains on American soil, law enforcement retains the right to arrest them as and revoke their status as a diplomat.

Not Always a Get Out of Jail Free Card

Although it is rare to occur, there have been documented cases of home countries waiving a diplomat’s legal immunity due to the severity of the crime. In one of the most famous cases, Gueorgui Makharadze decided to go on a joyride through the streets of Washington, DC at up to 80 miles per hour on winter roads in 1997. After causing a horrendous accident that injured four and killed one 16-year-old girl, law enforcement officers declared that Makharadze had a blood alcohol level that was 150 percent over the legal limit at a whopping 0.15.

Since he was the second in command officer for the Republic of Georgia’s embassy in the United States, he was released from custody. Unluckily for Makharadze, the Georgian government agreed to waive his diplomatic immunity and handed over the right to send the diplomat to trial. Gueorgui Makharadze ultimately was convicted of manslaughter and sentenced for seven to 21 years in a federal U.S. prison.

Overall, diplomats are in no shape or form free from all legal consequences when serving in their host countries. Even if the host country does not have the authority to press charges, the diplomat’s home country has the power to prosecute on their own or even pass them over to the host nation. No matter where in the world the diplomat may be, diplomatic immunity will not protect them from the reach of the law. So, before plotting any evil grand schemes and signing up for the Foreign Service examination, it is important to recognize that diplomatic immunity is not quite the free pass it is often perceived to be.

What is a Rotary Club?

Libertarian vs Republican – What’s the Difference Between the Two?
Previous Post: « Malt Liquor Vs. Beer: What Are the Main Differences?
Next Post: What Happened to the Great Ancient Library of Alexandria? »