In the current divided political environment of the United States, it might be tempting to view everything as left vs. right. However, things are more complicated than simple right vs. left.

Take Libertarian vs. Republican – some might view the two as similar or almost the same, thinking that Republican is “right” and Libertarian is “far right.”

Libertarians wouldn’t look at it that way at all. Some might even feel they are further “left” than Democrats!

Many Libertarians don’t see the political “spectrum” as a simple line at all, but rather a square or diamond. How?

What Are Democrats, Republicans, and Libertarians?

Let us first back up and define, loosely, what a Democrat, Libertarian, and Republican is.

Democrats are typically in favor of bigger government, especially when it comes to social programs like welfare, public education, and the arts.

They are generally against bigger government for the military – that is, at least, the rank and file Democrats. (Many progressive Democrats would claim that mainstream Democrat politicians are only against the military in words and not action.) 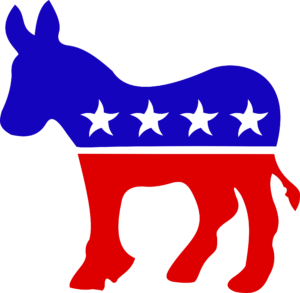 Democrats are OK with higher taxes to pay for more government.

Democrats want less governmental laws when it comes to social issues, such as abortion and sexuality issues.

Traditionally, Republicans are for lower taxes and smaller government, especially when it comes to social programs like welfare, etc. 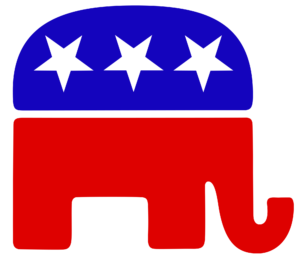 Republicans are also often OK with more government laws and intervention on social issues such as drug enforcement policy, although that is changing.

3. Libertarians: The Less Government the Better

Very radical Libertarians can be veritable anarchists, who want no government at all. 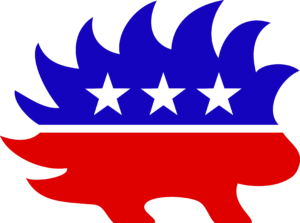 So Why Libertarian vs Republican?

When you look at the actual positions of Libertarians vs. Republicans, you can see that they aren’t actually the same thing at all.

So why do people conflate the two these days?

The Republican Party of today is not the same as it was during President Ronald Reagan’s time. The “Moral Majority” of the 1990s that focused heavily on social issues is no more.

Many young Republicans are more Libertarian in mindset and don’t care so much about social issues. Some may not be in favor of gay marriage but really don’t care as long as they can live their lives in peace. Some may even be socially liberal but fiscal conservatives who simply want a smaller government.

2. Some of the Most Famous Libertarians Are “Republicans”

In recent years, some Libertarian politicians have chosen to run as Republicans in order to have a chance at winning a major seat.

Former U.S. Representative Ron Paul, who also ran for president, was the first major Libertarian to have a prominent place in the Republican Party.

He has now been succeeded by his son, U.S. Senator Rand Paul (representing Kentucky), who has also run for President.

Are You a Libertarian?

So, let’s look again at the political spectrum. Traditionally, it has been “left” vs. “right.” However, what exactly does “left” or “right” mean? Does left simply mean “more government”? If so, that would mean that the farther left you go, the more of a totalitarian dictatorship you would get.

That probably wouldn’t sit right with a lot of Democrats.

Does going further “right” mean you want no government at all? That probably wouldn’t sit “right” with a lot of Republicans.

You can find your spot on the Nolan Chart by taking a simple quiz.

Libertarian vs. Republican: More Than Meets the Eye

As you can see, Republicans and Libertarians really aren’t the same. And of course, they are both different from Democrats. Where do you fall along the Nolan spectrum?

What is a Rotary Club?
Previous Post: « Best Shaving Cream: Great Products to Care Your Grooming
Next Post: Different Types of Uber: Choosing the Right Option and What Suits Your Needs! »