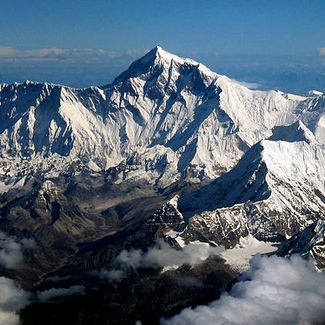 High up in the Himalayas of India at an altitude of approximately 16,000 ft., there is a mysterious lake called Roopkund. Roopkund is a shallow lake cut out of the mountains in the glacial rock areas. There is a mystery surrounding Roopkund that has been contemplated by science for the last 71 years. Now, it appears the mystery has been solved.

The Big Discovery
In 1942, a Nanda Devi game reserve ranger by the name of H K Madhwal came upon a startling discovery. He was patrolling the area around Roopkund when he noticed something very strange embedded in the glacial rock formations around the edges of the lake. Upon closer investigation, it became clear the objects were the skeleton remains of human beings. There had been previous reports of this peculiar sight in the early 19th century, but nothing was ever documented about the place.

Science Takes Over
After Madwhal reported his findings, archeologists and scientists began to formulate ideas about how the skeletons became embedded there in the lake. Previous reports estimated the bones to be about 200 years old. These reports also indicated that perhaps, the remains were left there following some type of battle. This could have been a viable explanation as there were weapon artifacts present with the bodies.

While the number of skeletons in the lake is not clear, there are some current estimates that say as many as 600 bodies may be located in the area. This is how Roopkund became known as “The Lake of Skeletons.” Recent reports have begun to paint a clearer picture. After carbon analysis and DNA tests were done in 2004, a National Geographic Team came up with the following conclusions while doing investigation for a documentary about Roopkund.

Who Are They?
The carbon testing put the age of the skeletons at around 1,200 years old. That would be somewhere around 820-850 AD on the calender. The DNA testing concluded there were three separate specimens involved. There was a group of shorter people and a group of taller people. The DNA analysis also concluded that the three specimens all evolved from a Indian group called the Chitpavans.

What Happened?
After much investigation and theorizing, it was determined the skeletons could not have perished due to violence. None of the remains exhibited wounds in the torso or lower body areas. If violence had occurred, a person would have expected to find wounds in all regions of the body. In these cases, all the wounds appeared to have been caused by round objects striking the deceased victims in the head and shoulder regions. Irony took over. There is a local legend about a group passing through the region many centuries ago. When they failed to stop and worship the goddess Nanda, she rained down the heavens on these people. After careful consideration, the investigators concluded that the legend was probably close to reality. The people must have perished at the hands of a brutal hailstorm.

Because of these findings, Roopkund has become a very important tourist attraction. People will hike through the harsh Himalayas to see this morbid vision. Most of the year, the lake is frozen over. During one month each year, the temperature drops enough to melt the ice and the skeletons become visible. While the Indian government is trying to preserve this historical sight, some tourist have wandered close enough to break off a little piece of bone as a souvenir.

For tourists who respect the value of history, this is a great pilgrimage destination. The area is not easy to get to, but the mountainous area is beautiful and the vision is worth the effort. The mystery has been solved.

What Does An Economist Do?

Can Being A Selfish Narcissist Produce Better Decision-Making Behavior?
Previous Post: « How Many Plays Did Shakespeare Write?
Next Post: What’s the Difference Between Fruits and Vegetables? »