Stories about dictatorship and totalitarian regimes which led to countless victims and horrific effects always seem to hold a morbid fascination over the public. While everyone certainly heard about Hitler and the Nazis, most of the times they still aren’t sure about who the worst dictators in history were, though the stories about these figures never cease their attraction. Whether it’s just for exploring the gory details of these oppressive times; or the biographical details of the dictator’s life in order to understand what makes someone so evil; or simply the political mechanisms that allow one person to gain so much power, this historical topic never seems to get old. Therefore, here is our experts’ answer to this question: what were the worst dictators in history? 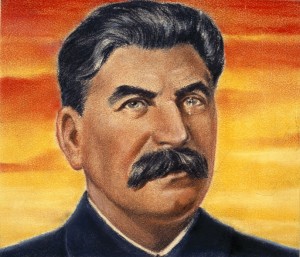 In terms of absolute numbers and figures, Joseph Stalin communist dictatorship was responsible for the killing of the most people, compared to all of the other totalitarian regimes which existed so far (and hopefully the world will not come to break this horrible record). Though it’s a bit insensitive to use the number of victims argument when comparing regimes (because it implies that a dictatorship with less victims was somehow better or milder forgetting that every human life is sacred and one crime is still a horrible crime), Stalin’s reign was responsible for the largest number of victims. The exact extent of the bloodshed isn’t precisely known, but expert calculations indicate over 20 million lives directly attributed to this regime, in addition to the 20-something million lives of Soviet soldiers dead in the war under Stalin’s orders. This total of over 40 million victims officially makes Stalin one of the worst dictators in history, and the absolute worst as far as numbers go. 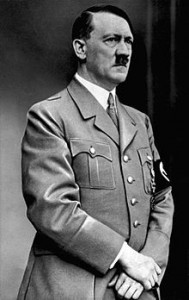 Contrary to popular belief, the Nazi regime wasn’t responsible for the largest number of killings, but its leader, Adolf Hitler, is definitely seen as the most prominent of the worst dictators in history. There are countless popular culture references to him, so many, in fact, that it’s hard to keep track of them all. What made Hitler’s regime so special and cringe-worthy was its ethnic cleansing program followed to such a large scale, alongside the regime’s Arian superiority thesis that made the Germans equivalent to the world’s master race. The details of all this are some of the best documented in all genocide cases we have experienced so far, so there are plenty of sources if you wish to delve into the matter deeper. 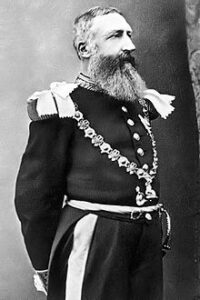 When you hear of a Western European monarch, you don’t normally think of one of the worst dictators in history, but of grace, sobriety, etiquette, lavishness and a general peaceful and diplomatic attitude. When it comes to King Leopold II, the lavishness which characterized his regime was one of the monstrous details we shouldn’t forget, and that’s because this luxury came at the expense of the Congolese people, which were at the time a Belgian colony. The king was the founder and the sole owner of the political construction known as the Congo Free State (and the irony of it all should be noted), and became known for exploitation and abuses of the people there at a rate which was outrageous even for those times (end of the 19th century). The death toll is estimated at 2 to 15 million people, but the mutilations and forced labor and other abuses that didn’t necessarily lead to death should not be taken out of the equation either. All in all, he definitely deserves a spot in this list of worst dictators in history, at least for the contrast between how he behaved as a ruler in his native country and how viciously brutal his reign was in the colony. 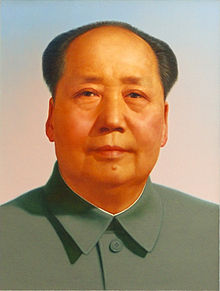 The Chinese supreme leader associated with the Communist revolution of the country, Mao Tse-Tung is still officially regarded as an innovative visionary in China, and continues to bear the title and honors becoming of the country’s founding father. Even though his rule is controversial and known for at least some positive reforms (like promoting the status of women or initiating important healthcare and education reforms), he is still mostly regarded in the West as one of the worst dictators in history for the tens of millions of people who died during his reign. It has been argued that most of his victims weren’t direct executions, but results of famine or over-work, but it’s still monstrous how little regard Mao seemed to have on the number of people who have to die for every project he wanted to implement. 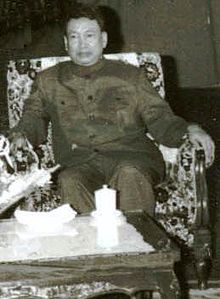 One of the most shocking genocides of recent history was the one orchestrated by the Khmer Rouge group in Cambodia (1975-1979). There is more than one reason for which the genocide was so shocking to Western observers: partly because the world wanted to believe that this sort of thing isn’t possible anymore at such a short time after the Nazi regime, and partly because the brutality of the Cambodian genocide was simply astonishing. In many ways, the two regimes were similar: both wanted to purify the people in order to create a master race, and both were convinced they were doing their respective countries a ton of good. The Cambodian massacre led to the brutal death of 25% of the total population of the country, and the Prime Minister of the country, Pol Pot, was the evil master mind of it all. The details of the genocide were heartbreakingly documented in the documentary field The Killing Fields, and the horrors of it all make Pol Pot one of the worst dictators in history, right next to the rest presented above.

What is a Rotary Club?
Previous Post: « What Were the Impressionist Painters All About?
Next Post: How much is Oprah Winfrey Net Worth? »