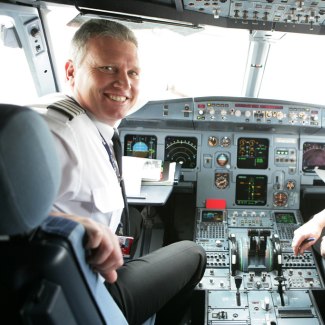 The path to becoming a civilian commercial pilot in the U.S. is challenging. Students must accrue many hours of training, plus ratings and endorsements for their intended position and FAA privilege level. How long does it take to become a pilot? It can take anywhere between 4 and 15 years, depending on one’s employment goals.

The range is quite wide in part because the amount of time it takes is not set in stone, but depends on whether aspiring pilots pursue a college education and how long they take to log the minimum and expected flight hours. A college degree is not required to earn a pilot’s certificate with the Federal Aviation Administration (FAA). Nevertheless, it has become a de facto requirement for pilots who want to fly for most major airliner companies.

Employers typically look for more experience than that required by the FAA for certification. To earn the FAA’s entry-level Commercial Pilot certificate, just 250 flight practice hours are required. Conversly, commercial jet pilot employers expect applicants to have up to 1,500 hours of flight time, plus plenty of experience as a Pilot-in-Command and with multi-engine and turbine-powered aircraft.

All U.S. pilots must earn a certificate with the FAA and pass the corresponding medical tests. Each FAA pilot certificate is associated with a level of privilege and a certain number of logged flight hours, as well as ratings and endorsements. Privilege levels indicate the extent of one’s operating privileges while flying in the U.S. From lowest to highest operating privileges, the certificate levels are:

All flight hours are cumulative across privilege levels. A higher frequency of practice could speed up the training process, and many ratings can be earned concurrently. Keep in mind that pilots-in-training tend to accumulate more hours than the FAA minimums to ensure maximum safety and competency.

One step up from the Student, Sport and Recreational certificates is the popular Private Pilot designation, which qualifies holders to fly for business or pleasure but not for any compensation. While most American pilots stop at the Private certificate, those who want a dedicated career will need a Commercial or ATP certification. It takes between 3 and 7 months to earn the average 70 hours leading to the Private certificate. Private Pilot trainees who buckle down may be able to master the skills in as few as 50 hours; the FAA requires at least 40 hours.

Students need a basic Private Pilot certificate and Instrument Rating to get the Commercial certificate authorizing piloting for compensation or hire. Commercial Pilots have more extensive training than Private Pilots, but less than ATPs. The Commercial certificate requires at least 250 flight hours, an Instrument Rating (IR) and a Multi-Engine Rating. FAA-certified to fly major commercial airliners, Airline Transport Pilots have the most operating privileges. Some 1,500 flight hours are needed to become an ATP with the FAA.

What is the Average Air Traffic Controller Salary?

How Much Do Athletic Trainers Make?