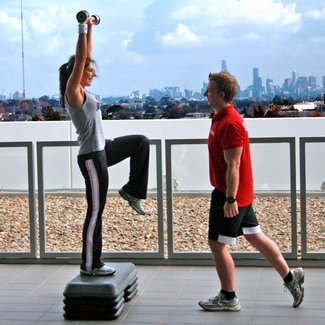 Athletic trainers specialize in helping athletes of all ages and skill levels prevent or treat various muscle and bone injuries under the direction of physicians.

Some of the most common daily activities in the life of an athletic trainer are applying protective devices to prevent further injury, evaluating injuries, providing first aid emergency medical care, developing rehabilitation plans for injured athletes, and implementing training programs according to patients’ skill level, and keeping detailed records of progress.

Athletic trainers who work for a sports team during games are likely to have irregular hours, working evenings and weekends on a regular basis. Many athletic trainers work full-time and spend most of their time outdoors on various sports fields in a wide spectrum of weather conditions.

Job Outlook
Along with medical advances in injury prevention and more sophisticated injury treatment options, new research has revealed that the effects of concussions can have a particularly severe long-lasting impact on athletes’ brains.

Since athletic trainers are usually on-site as the first line of defense when these injuries occur, employment for these professionals is expected to grow much more rapidly than the average for all other national occupations at a rate of 30 percent from 2010 to 2020. The highest demand for new athletic training positions is predicted to occur at secondary schools and youth leagues to protect children’s developing minds.

What Is the Average Personal Trainer Salary + Infographic

How Much Do School Counselors Make?

What Does A Physical Therapist Assistant Do?

How Much Do Speech Pathologists Make?

How to Become a Personal Trainer in the US

How Much Do Administrative Assistants Make?