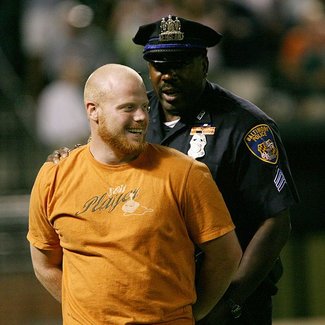 Correctional officers supervise individuals who have been arrested and sentenced to serve time in prison in order to prevent any inmate disturbances, assaults, or escapes.

Correctional officers are typically responsible for enforcing regulations to instill order, supervise social or educational activities of inmates, assisting in the rehabilitation and counseling of offenders, inspecting jail conditions to ensure standards are met, searching inmates and their belongings for prohibited contraband, and reporting inmate violations to appropriate law enforcement authorities.

Work Environment
The vast majority of correctional officers, nearly 95 percent, are employed by the federal, state, and local government within prisons and jails. The remainder works for private corporations or consulting firms that provide various correctional services to facilities on a contract basis.

Since inmates tend to have a longer stay in state and federal prisons than in county jails, correctional officers build a deeper understanding of whom they are supervising and have a lower rate of on-the-job injuries from potentially dangerous confrontations. Correctional officers usually work a full-time eight-hour day for five days of the week on a rotating shift that may include scheduled weekends and overtime hours.

Job Outlook
Employment for correctional officers is generally expected to grow at a much slower rate than the average of all other occupations at just 5 percent between 2010 and 2020. Although there will be increased demand from population growth that is predicted to create 24,500 new jobs for correctional officers, government budget constraints and a downward trend in national crime rates will hinder growth in the field. More employment opportunities will be occurring in the private sector as public authorities contract out staffing positions to cut costs.

How Much Do Dietitians Make?
Previous Post: « How Much Do Diesel Mechanics Make?
Next Post: How Long Does It Take To Become A Phlebotomist? »