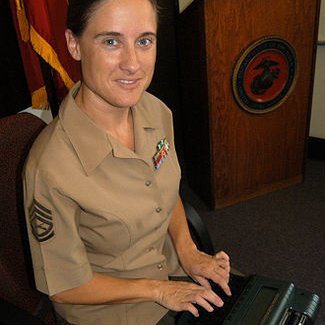 Court reporters are typically responsible for recording spoken dialogue, reporting various gestures or physical actions, reviewing notes for accurate names or terminology, preparing complete written transcripts, editing records for any typographical spelling or grammar mistakes, searching for information in records, and providing copies of the transcripts to the court and parties involved.

Salary
How much does a court reporter make? According to the Bureau of Labor Statistics, there are 18,590 court reporters employed throughout the United States. The annual average court reporter salary is $53,010, which is equivalent to an average hourly wage of $25.48.

Work Environment
The majority of court reporters, nearly 56 percent, are employed by state and local governments to work within courts, legislatures, and other criminal justice system settings. Others may find employment in business supportive services, television or motion picture industries for closed captioning purposes, or other services turning speech into writing for deaf or hard-of-hearing individuals.

Job Outlook
As the elderly population continues to grow from the baby boomer generation, there will be a spike in demand for closed captioning services at religious services, town hall meetings, movie theaters, sports stadiums, and even physicians’ offices. Therefore, employment for court reporters is expected to grow about as fast as the national average of all occupations at a rate of 14 percent, which will create 3,100 new jobs before 2020.

How Much Do Makeup Artists Make?

How Much Do Security Guards Make?
Previous Post: « How Much Do Auto Mechanics Make?
Next Post: What Does A Librarian Do? »