Home Jobs & Education How Much Do Marine Biologists Make? 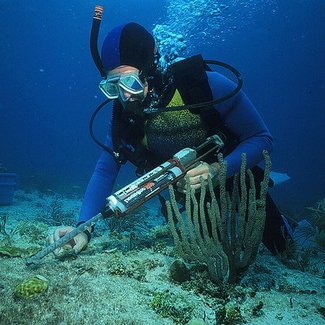 Marine biologists specialize in studying the characteristics and habitats of animals or wildlife species that live in oceans.

Salary
How much does a marine biologist make? According to the U.S. Bureau of Labor Statistics records from May 2012, the 18,650 marine and wildlife biologists employed throughout the United States earn a mean annual marine biologist salary of $62,500, which translates to an average hourly wage of $30.05.

Work Environment
The majority of marine biologists, about 50 percent, are employed by the state and federal government. Others work for management, scientific, technical, research, and development consulting services for the life sciences with a specialization in marine life. While marine biologists may spend time in an office or laboratory setting, most spend a considerable part of their work days in the field gathering data.

Most marine biologists are employed on a full-time basis, but some work long or irregular hours when conducting fieldwork. For instance, marine biologists frequently will spend months at sea on research ships for their studies.

Job Outlook
Employment within the marine biology field is expected to grow slower than the national average for other occupations at a less than promising rate of 7 percent from 2010 to 2020. As climate changes continue to be detrimental to the migration habits of marine species and sea levels continue to rise, there will be some increased demand for marine biologists to carry out research on wildlife conservation plans. However, the growth will be hindered by the diminishing budgets of state and federal agencies to employ marine biologists.

How Much Do Real Estate Agents Make?

How Much Does a CPA Make?

Certified public accountants, also known as CPAs, complete a wide range of accounting tasks on financial documents that clients are...