Home Jobs & Education How Much Do Music Producers Make? 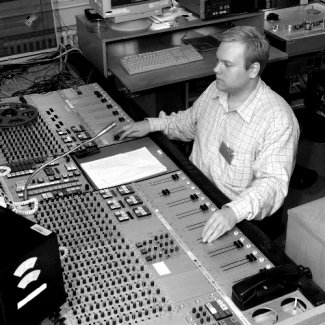 Salary
How much does a music producer make? According to the Bureau of Labor Statistics records from May 2012, the 14,280 music producers employed throughout the United States earn an average yearly music producer salary of $55,340, which is equivalent to a mean hourly wage of $26.60.

While the bottom ten percent in the profession makes just $22,810 a year, the top ten percent of music producers with the most experience and prestige earn $97,700 on average annually.

Music producers employed in sound recording industries bring home considerably less than average at $45,340, but those that work in motion picture or video industries make a mean $76,300. The top-paying state for this profession is by far Nevada, where music producers earn $81,050 each year.

Work Environment
Although jobs for music producers can be found all over the nation, many jobs are highly concentrated in cities where entertainment is thriving, such as New York City, Chicago, Los Angeles, and Nashville. Music producers often find employment in radio broadcasting, recording studios, concert halls, performing arts, and even their own homes. Around 38 percent of music producers are self-employed with their own independent consulting business for recording and editing music. Most music producers are employed on a full-time basis with recording sessions during normal business hours, but some special performances often occur in the evening or on weekends.

Job Outlook
Employment for music producers is expected to grow about as fast as the national average for all other professions at a rate of 10 percent, which will create 9,600 new jobs before 2020. Although there will be an increased need for arrangements to be made for original music and film scores, growth is predicted to be limited because of the lack of funding being provided to musical groups in the tough economic times.

Construction workers help do a wide range of physical labor tasks on nearly all construction sites, including those building homes,...