Home Jobs & Education What Does A Forensic Scientist Do? 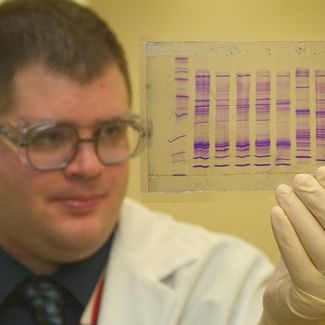 Also referred to as crime scene investigators, forensic scientists are concerned with collecting and analyzing physical material evidence for use in courts of law to support the prosecution or defense of suspects in criminal investigations.

Forensic Scientist Job Description
What do forensic scientists do? According to the Bureau of Labor Statistics, over 90 percent of forensic scientists are employed by local, state, and federal governments to work in police departments, crime laboratories, morgues, or medical examiner offices. While a considerable amount of their time is spent within a laboratory, most forensic scientists need to travel to crime scenes all around their jurisdictions and work outside collecting evidence in all types of weather.

Forensic scientists who work as technicians in laboratories usually work a standard full-time workweek, but many other crime scene investigators are required to work staggered day, evening, or night shifts with frequent overtime hours.

What Does A Physical Therapist Assistant Do?

What Does A Physician Assistant Do?

People love their dogs. They often assign them human traits and treat them as one of their children. There is...