In an effort to protect the lives of the public and their property within the communities they serve, police officers are given the responsibility of maintaining law and order, preventing crime, and improving the quality of life for all citizens. Often working in partnerships or task forces, police officers protect individuals from crime, identify offenders, and ensure the lawful prosecution against those who break the law. So, what does a police officer do? 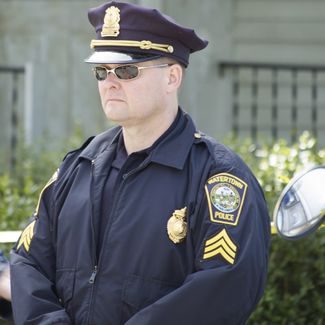 What Does a Police Officer Do? Daily Duties

Most police officers are scheduled to work full-time schedules, but it is common for them to work paid overtime on weekends, nights, and holidays because protection of the public must be provided 24/7. During their workday, police officers work closely with other members of the criminal justice system, social workers, community groups, healthcare professionals, detectives, emergency response teams, and the public.

Skills Needed to Be a Police Officer

Now that you know what does a police officer do, you may be wondering what skills you need. While police officers may find job opportunities with a high school diploma, many have a bachelor’s degree. Others have graduated from their agency’s training academy for extensive on-the-job training experience. They need to meet specific physical qualifications for vision, hearing, strength, and agility. Moreover, police officers must have extensive knowledge of certain geographical regions, civil rights, constitutional law, state or local ordinances, ethics, self-defense, traffic control, and emergency response.

What Do Police Officers Do Final Thoughts

In order to be successful as a police officer, individuals must possess strong communication skills. They need to speak with the public for gathering facts about a crime, for example. They also need leadership skills for taking charge in emergency situations and decision-making skills for solving an array of problems quickly. Police officers should also demonstrate perceptiveness, compassion, and empathy when dealing with the public in sensitive situations.