Home Jobs & Education What Is the Average Fashion Designer Salary?

The BLS (Bureau of Labor Statistics) tells us that the average fashion designer salary for the year 2014 was $64,030 per year and $30.78 per hour. This equals to approximately $1,200 per work week (accurate data does not exist from BLS).

Although this represents more than decent pay on a national level, there is a very big difference between the annual wages for the lower 10 points percentile and the higher 10 points percentile. The lowest mean for an annual wage is $33,260, while the highest annual wage is at $129,380. As one can see, the latter estimation is almost twice the average fashion designer salary. It is to be deduced that the sum of $64,030 varies extremely depending on experience and skill.

Despite wage statistics being unavailable as to the fashion designer salary proportionality between men and women, we can look at the general salary for designers. According to BLS data from 2015, there were 291,000 women employed in this position, earning a mean wage of $918 per week. On the other side, men employed in this position numbered 301,000, and they earned a mean wage of $1,099 per week.

The following table shows us the average fashion designer salary in the highest paying industry areas: 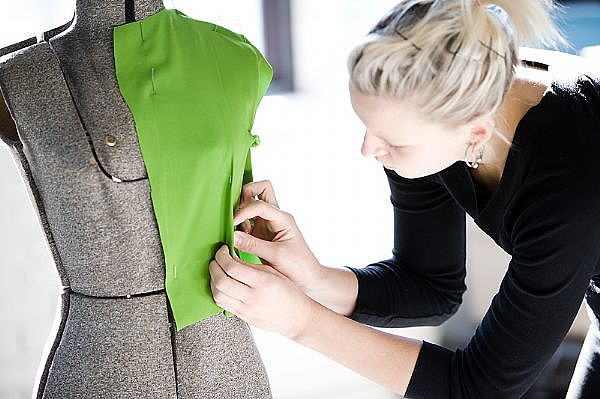 As with most other positions, different states give a different salaries. On the other hand, there is a significant number of states that have a high employment rate for fashion designers. The highest paid fashion designers, according to the table below, are in New York. However, 2nd place is quite an uncanny surprise.

The following list presents the best paying states for fashion designer salaries in the US:

Still, Massachusetts may have a high mean fashion designer salary, but its levels of employment for this job are pretty low. Here are the states with the highest level of employment:

Here are the ways in which a fashion designer salary will change over time:

Dear reader, my name is Erika and I am an actress, arts teacher and film analyst. I studied theatre and film for over four years, and changed more than 15 part-time jobs. What can I say? It is a tough industry. I love dance, especially tango, music, and basically anything art-related. I also enjoy writing about the captivating and dynamic world of entertainment. When I work, I seek the perfect balance between usefulness and beauty. I like to describe myself as the most optimistic person alive.

According to data from the BLS (Bureau of Labor Statistics), the average event planner salary for the fiscal year 2014...