Many people can fondly remember a time in childhood where all the kids were gathered to enjoy the game “Ring Around the Rosie” named after the nursery rhyme by the same name. The fun always climaxed with all the kids happily collapsing to the ground as they sang the last line, “We All Fall Down.” Those were such fun times. Little did most of us know that the song was possibly about something much darker and sinister than anyone can imagine. So, what is the Ring Around The Rosie meaning? 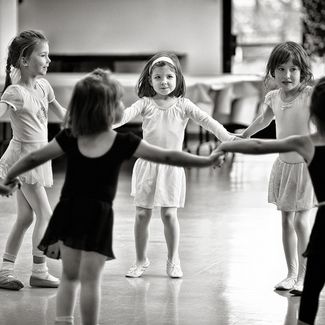 The song’s roots can be traced back as far as the 14th century. It would appear by most accounts that the exact time frame would be around 1347 – 1350. The song was written about a terrible event in European history. It was referred to as the “Black Plague.” It is estimated that the Black Plague took the lives of over 30% of the European population. The song then experienced a bit of a rebirth in the mid-1600s as the “Great Plague” took hold in England. If the folklore behind this song is true, the lyrics indeed paint a very eery picture. Here is the line by line interpretation given to the lyrics.

Ring around the Rosy

With the Black Plague, one of the supposed symptoms was the appearance of red bumps all over the victims’ bodies. The bumps had rings around them that had a rosy appearance.

It was believed that victims would take on a very pungent order when they contracted the disease. In order to cover up the smell, people would carry flowers with a heavy fragrance in their pockets as a perfume. There was also speculation that a herb called “poises” was carried to actually ward off the smell. Either way, the reference to carrying something important in their pockets is clear.

Throughout history, people would be cremated if they died of a contagious disease. This was true of certain diseases such as leprosy, polio, and measles that were untreatable hundreds of years ago. As the lyrics indicate, the same was apparently true with the Black and Great Plagues. People would be placed in mass graves, covered with kerosene and burned in order to prevent the disease from spreading any further.

We All Fall Down

This phrase clearly represents the inevitable death faced by anyone who caught the disease.

While these interpretations would appear to make sense, it is not clear whether or not the information is fact or folklore. Those who would reject the Plague reference do so based on several inconsistencies. The plague interpretation was never mentioned until sometime in the mid-1900s. The symptoms described are not very accurate. Finally, the song actually underwent many revisions over the years and it is difficult to determine when these exact words appeared.

Just learning that these lyrics could be associated with such a horrifying historical event is quite disturbing. After learning this information, it would seem that the next time a person is walking by the schoolyard and sees kids reenacting this game, their minds will wonder in horror when the next plague will appear.

Can You Really Wreck an Engine by Putting Sugar in the Gas Tank?

Where Do Bed Bugs Come From?

How Much Do Braces Cost for Adults and Kids?

Was Aunt Jemima a Real Person?