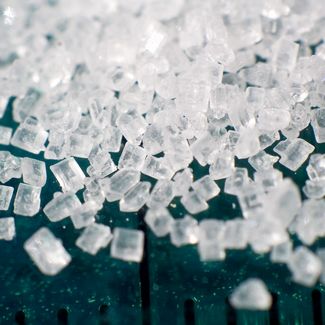 Pouring a sack of sugar into someone’s gas tank is almost a revenge cliche. We have all heard stories of friends of friends doing it and seen it in fiction.

However, most of us have probably never seen its effects in real life and many people have doubts that sugar can, in fact, damage an engine so thoroughly. The reality is that sugar is both granular and melts at a temperature that engines can easily reac,h so it has multiple avenues to damage an engine.

Granular Sugar Physically Clogs Engines
Two major properties of the relationship between sugar and gasoline, that make putting sugar in a gas tank so destructive to an engine.

The suspended grains of sugar wreak havoc by clogging up the fuel filters and even the fuel pump. If the engine gets hot enough before clogging, the sugar may melt and seep into the engine’s mechanisms, gumming them up and damaging them irreparably. Eventually, the buildup of sugar granules on the filter and fuel pump will completely block it up and render the engine unusable. In the meantime, problems like stalling, poor fuel efficiency, and low power will become increasingly prevalent.

When both glucose and fructose are in the ring configuration, they easily bond to each other to create sucrose. The opposite is also true. Sucrose easily breaks down into glucose and sucrose, especially at high temperatures. Once the sucrose is broken down by an engine’s heat into its component monomers of glucose and fructose, the temperature will also make the linear configuration predominant. Ultimately, the high heat causes the sugar monomers to be broken down into smaller parts, creating a complex and messy chemical sludge that can destroy most of the delicate components in an engine like fuel injectors.

While sugar in a gas tank sounds like an amusing idea, the truth is that sugar destroys engines through both physical and chemical means. Beyond being expensive, this kind of vandalism is dangerous and a felony criminal offense. Doing so exposes the car’s operator to significant danger and causes thousands of dollars of property damage at the least.

PU Leather versus Real Leather: What’s the Difference?
Previous Post: « What’s The Most Expensive House In The World?
Next Post: Can A Single Drink Before Bedtime Negatively Affect Your Sleep? »