Even if all water contains “salts”, which are in fact dissolved chemicals, not all water actually tastes like salt. If you fill a glass of water from the faucet and drink it, it won’t taste the same as drinking a glass of seawater. While what constitutes “salty” depends on personal preference when it comes to small quantities of salt, anyone would consider seawater to be salty, because it contains a large number of dissolved chemicals. So, we all know that the ocean is salty. But why is the ocean salty? This is what we’re going to explore in today’s article. 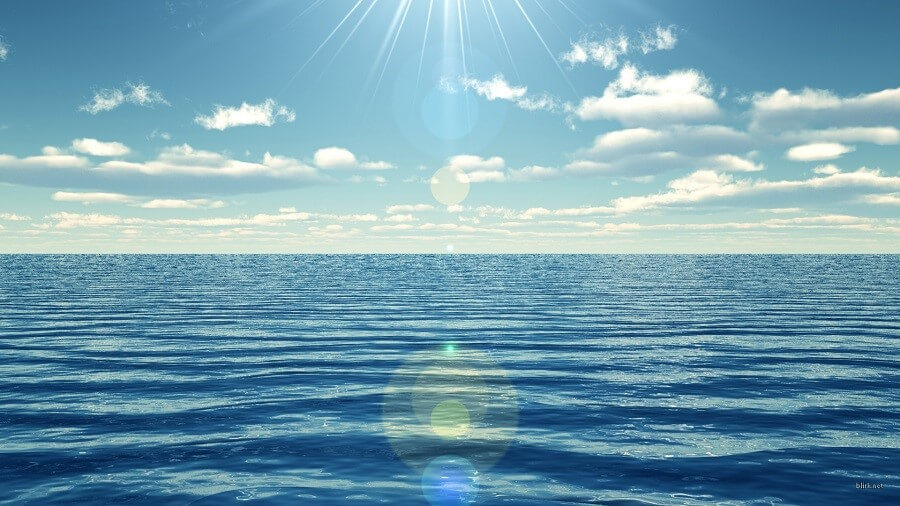 How Much Salt Does the Ocean Contain?

Seawater has a concentration of salt of 35 parts per thousand. Put differently, salt makes up for 3.5 percent of the weight of seawater. This means that a single cubic mile of seawater has 120 million tons of salt. According to estimations, the oceans contain about 50 quadrillion tons of salt. Just to give you an idea of how much that actually is, let’s consider what would happen if someone were to take out all the salt in the planet’s oceans and spread it on the land. In this scenario, the salt would form a 500 feet thick layer covering the entire land surface of the Earth. This is the equivalent of a 40-story building.

The Paradox of Salty Oceans

If we take into account the fact that seawater is 220 times saltier that lake water, and that the rivers and streams that flow into the ocean contain fresh water, it’s no wonder that the ocean being salty is a paradox.

Let’s take a look at where the salt in the ocean comes from. Most of it comes from processes such as the erosion and weathering of the cooled igneous rocks found in the Earth’s crust, which led to them breaking up. Another process that caused the apparition of salt in the oceans is the transportation of mineral washings coming from rains and streams to the sea. The ocean also contains salt because sediments and rocks have dissolved below its floor, and because through volcanic vents, gaseous and solid materials managed to escape from the crust of the Earth.

Why Is the Ocean Salty?

As we’ve already established, there’s more than one reason why the ocean is salty. One of the main reasons are past accumulations of both suspended and dissolved solids. A long time ago, before the first rains on the Earth, the seas are presumed to not have been very salty. Then, once the rain fell on the land and broke up rocks, the minerals that they contained were poured into the sea, thus making the ocean salty. The rivers and streams that flow into the ocean also bring with them dissolved salts and suspended sediments. Part of them settle at the bottom of the ocean, ensuring that the oceans never lose their saltiness. 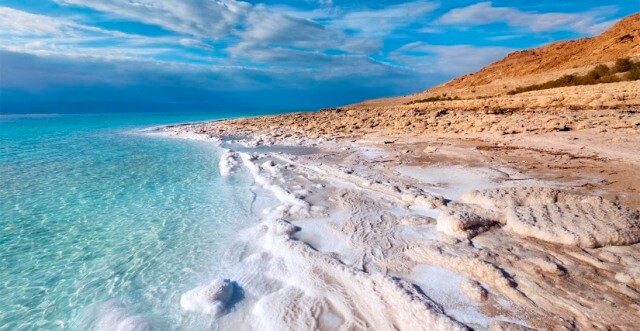 Still, this is only part of the answer to the question “Why is the ocean salty?” The other reason why the ocean contains so much salt is the fact that the heat coming from the Sun vaporizes or distills water that contains no salt, leaving behind the one which does. This explains why salt is so concentrated in the ocean.

This vaporization process if part of the so-called hydrologic cycle. This cycle is the continual exchange of water between the atmosphere and the Earth. The water vapors that come from the surface of the ocean are carried away by the wind. They sometimes collide with cold masses of air. This creates a condense that causes the vapors to turn from a gas into a liquid. The liquid is the rain that falls on the Earth and that goes into the streams. In turn, the streams carry that liquid to the oceans. There, it is once again evaporated, following the same course. This evaporation process doesn’t have any effect on salty water, which remains of a majority in the oceans.

Today, we’ve answered the question “Why is the ocean salty?” by presenting you with a brief history of how the oceans managed to become so salty, while the rivers and streams that flow into them still contain fresh water. One of the main things to remember is that the oceans weren’t always this salty. In fact, the process that turned them salty was quite gradual.

First came the rains that washed over the Earth’s crust and collected salts that were later spilled in the ocean. Then, the streams also washed over dissolved chemicals in the ground and brought them to the oceans. The wind carrying suspended particles from the land to the ocean, volcano ejections, and sediments lying on the ocean floor were a couple of other reasons why the oceans became salty. 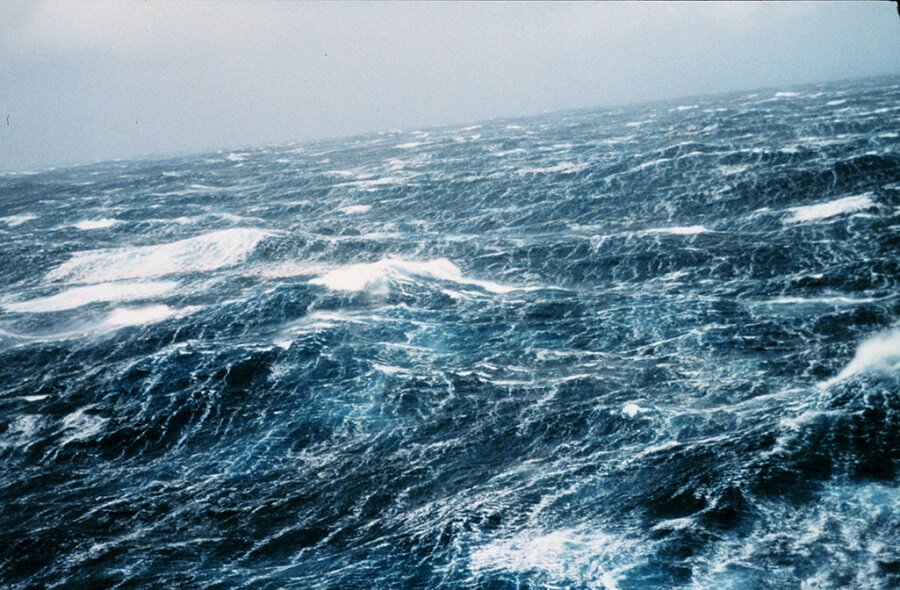 Finally, the saltiness of the ocean is also enhanced by the process of evaporation of fresh water and the fact that salty water freezes at lower temperatures than fresh water. If you’re wondering what the exact salts that make the ocean salty are, the answer is chloride and sodium. They make up for 85 percent of the salt in the ocean. Of course, ocean water doesn’t only contain chloride and sodium. It also contains calcium, bicarbonate, magnesium, and silica. However, chemical precipitation, biological organisms, or physical-chemical reactions take all these constituents out of solution.

How Much Do You Tip Movers? + Infographic
Previous Post: « Why Do People Snore? The Science Behind It
Next Post: Julia Louis-Dreyfus Net Worth 2018 »