Pharmacists are, therefore, earning a better wage than many US professions. Also unlike in most employment areas, the pharmacist salary varies less when comparing the lower-paid 10 point percentile to the highest paid 10%. Concretely, the least paid were making between 25 and 30% lower than the average wage, equaling to an annual pharmacist salary osf $89,320 and an hourly wage of $42.94. On the other end of the spectrum, the highest paid pharmacists were making $150,550 per year and $72.38 per hour. In order to achieve a higher pay, many pharmacists get trained as pharmacist technicians. To find out what this job implies, check out our article here.

On a down note, the job of a pharmacist is one of the worst in the US in terms of wage inequality, even though inequality would have no practical reason to be present (i.e. no risk of injury or death and no requirements of manual labor). Of the weekly average pharmacist salary mentioned at the beginning, women (with 108 thousand employed) were making $1,811, whilst men (98 thousand employed) were making $2,117. Still, a small portion of this difference might be explained by the areas of employment: 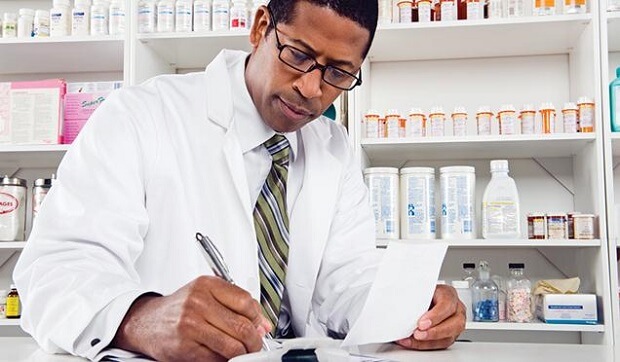 Next, we’re going to show you the exact States where the pharmacists salary is highest:

However, while these levels of the average pharmacist salary are really high, they can be misleading. A pharmacist in Alaska may have a pretty hard time getting a job, since the population is so low and spread-out, and the overall employment levels are particularly low. So, for the sake of convenience, here are the States with the highest level of employment:

Unfortunately, the pharmacist salary doesn’t seem to change that much for the better over time. A pharmacist looking to up his salary should strive to improve his or her skills in various fields. Here are the top two factors for increasing the salary of a pharmacist:

This concludes our guide to the average pharmacist salary. Any questions? Feel free to ask us more about this in the comments!