Police officers often get less credit than they deserve. Even though there are incidents in which police officers over-extend their job duties and result in shocking events, the vast majority of them risk their lives to protect the communities in which they serve. In this article we will explain how to become a police officer in the U.S.A.

How to Become a Police Officer in the States?

First things first we have to mention that police officers have to undergo a series of vigorous trials and that the general misconception that anyone can become a law enforcement agent is false.

But before even reaching the trials men and women who have the desire of applying for a position in law enforcement have to meet a series of requirements. 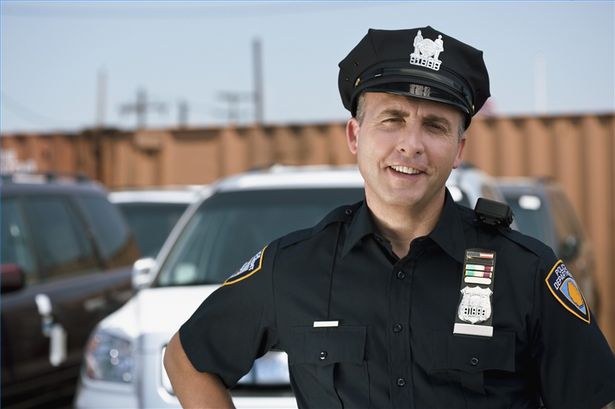 Depending on the state they live and apply, the requirements for becoming a police officer can slightly differ. For example, in California the minimum age a person must have before applying for such a position is of 18, while in Florida you have to be at least 19. In Texas however the age requirement is set to 21, except if the applicant has an associate degree or a specific number of credited semester hours from an accredited college or university.

In order to become a cop, all applicants must be U.S. citizens as well as having a high-school diploma or GED. In Texas applications are accepted from people who have been honorably discharged after at least 24 months of active duty service, thus overcoming the issue of not having a high-school diploma or equivalent certificate. Unfortunately, in the Lone Star State, applicants must also hold a valid “C” driver’s license.

In every state, applicants must not convicted for felonies or be dishonorable discharged from active service duty.

It is imperative if anyone wishes to become a law enforcement agent to visit local police departments if they have open houses. In order to get better acquainted with the requirements, life in the academy and test schedules.

Obviously not everyone is cut out for such a profession the same way as not everyone is made for a career in the army or other high-risk professions. Yet, for those truly dedicated visiting local police departments can be an excellent learning tool. Getting in touch with senior police officer can offer valuable knowledge which can ultimately save you life on field. Like the old saying “a smart person learns from his mistakes, a brilliant person learns from the mistakes of others”.

In New Jersey for example there is a Pre-Employment Preparation Program which aids applicants to overcome different obstacles they encounter in the physical qualification test.

After selecting the department in which you want to activate, make sure you verify can agree with the test schedules. Some police departments require a basic training program while in other cases applicants are sent to the police academy after hiring them. So be sure to verify with the police department before continuing with your application.

An understatement, nonetheless an important one, a police officer is required to undergo a series of physical trials. Law enforcement agents are meant to do a lot of field work so if you ever find yourself in the unfortunate event of chasing a felon, make sure you cut off those donuts and hit the gym.

Another general misconception is that police officers are supposed to just know hot to shoot a gun. A law enforcement agent is supposed to be the first bastion of defense in any given community against felons of all sorts. Making the right call, knowing the difference between good and wrong and being able to calm down perpetrators depends a lot on each person’s ability to employ knowledge gained through arduous studying. Having knowledge on civil rights, constitutional law, state or local ordinances may make the difference between life or death.

Other Skills Required to Be a Cop

Alongside having insight on many topics which relate to law-enforcement and not only, police officers must have a prerequisite of skills, which can be gained or developed through training. Hearing and vision are just two physical traits which are crucial to a police officer. Moreover, skills such as agility and strength can often be essential if you desire to prevent the use of gunfire.

Other skills taught in police academies are self-defense and ethics, which certainly are a must. Pretty straightforward, nobody wants a police officer which cannot stand up for those unable to, not to mention that nobody desires a crooked law enforcement agent either. Knowing the difference between right and wrong can often save lives and prevent crimes. In other words, although graffiti is considered a felony in many states, nobody wants to get shoot because of it.

How to Become a Cop: Prepare for the Interview

Here we will present a few tips on how to prepare for the interview. Mainly, after a person passes the physical exams, he or she will have to prepare for an interview with a panel of senior police officers. During the interview they will assess your communication and problem-solving skills, because we all know that it is better to prevent a crime from happening.

After passing the interview you will be submitted to a series of tests before being sent off to the academy. These include a polygraph test, psychological test, detailed background investigation and of course a comprehensive medical exam.

To make sure you pass the interview be certain that:

So there you have it, our tips on how to become a police officer in the U.S.A.

Remember that such a field of work is not made for everybody and be sure you think it through well before deciding to apply for a position in law enforcement.

How Long Does It Take To Become An LPN?
Previous Post: « How to Become a Firefighter in the USA
Next Post: What Are the Best Apple Cider Vinegar Uses? »